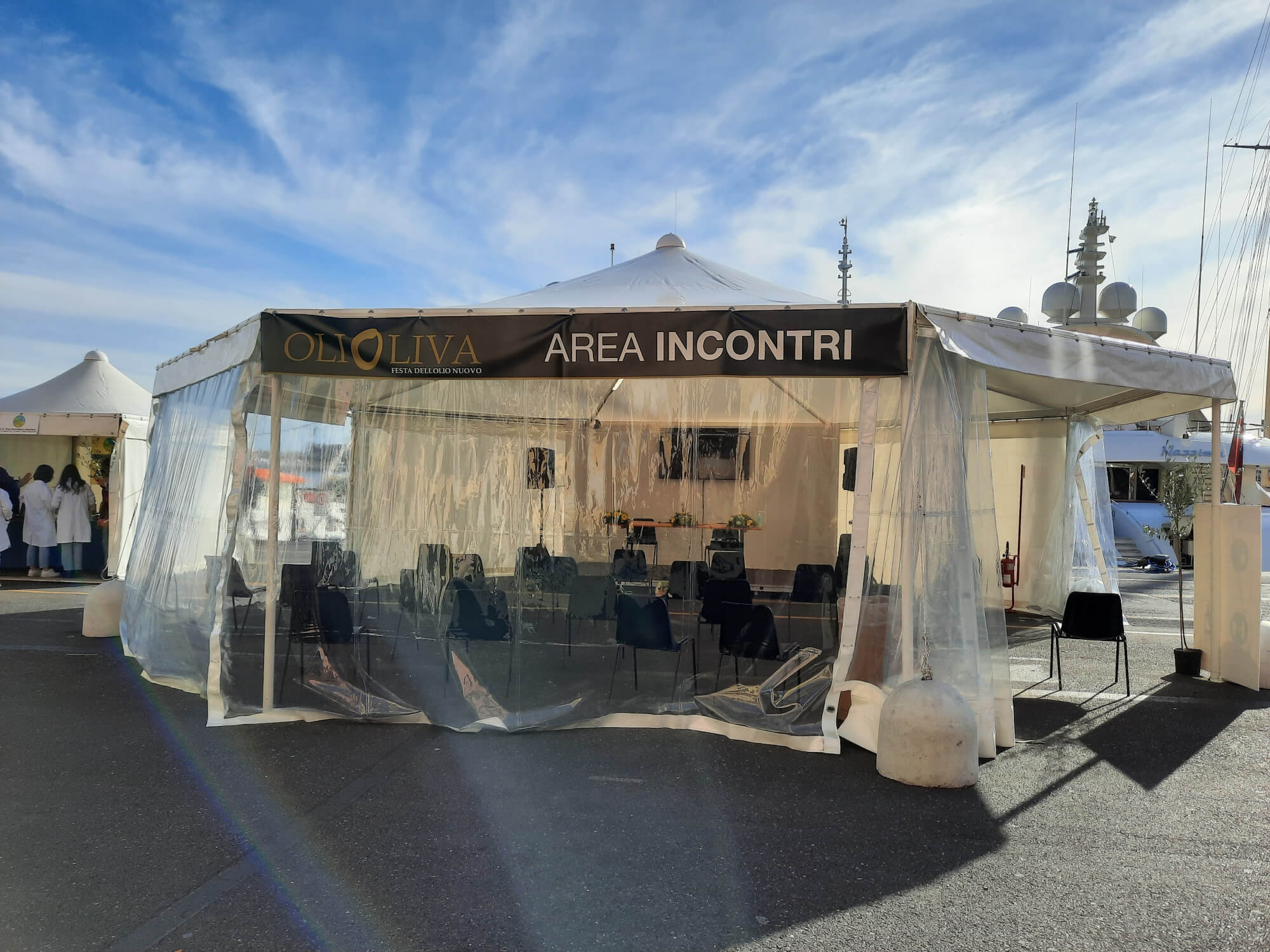 Olioliva, the event dedicated to the excellence of Ligurian enogastronomy, was finally held in this autumn. From November 5 to 7, the streets of the historic center of Oneglia came alive with the scents of the territory: from basil to oil, but of course also pesto, vegetables in oil, gruels and cheese.

For the farmholidays it was a bit like being at home, at the same time protagonists and curious guests, since we contributed as suppliers of our Genoese basil pdo.

We took part in Saturday's event, where we strolled among the stands and attended some interesting cooking shows. 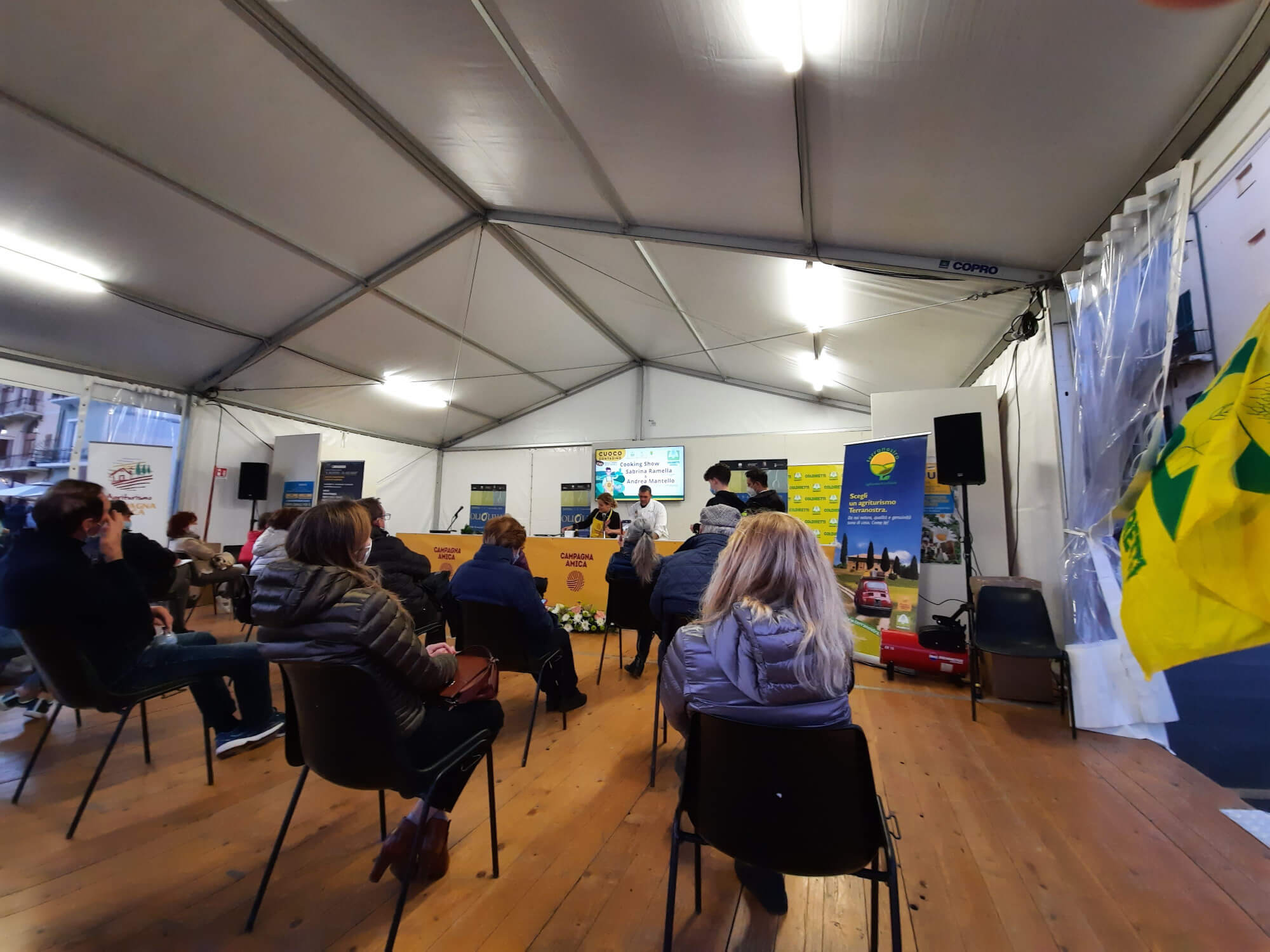 Olioliva is an event born in 2001 from an idea of the Imperia Chamber of Commerce, the National Association of Oil Cities and the City of Imperia. The event takes place from then until November, with about two hundred stands of farms proudly displaying their products among the most characteristic streets of Oneglia. The main protagonist is certainly the olive oil, the leading gastronomic excellence. Just in this period, in fact, is celebrated the new oil, reminding us how important this food is for the culture of our territory.

In addition, the occasion is always propitious to promote the goodness of our table also through in-depth analysis such as cooking shows, conferences, etc.. After all, we know that olive oil is a key element of the Mediterranean diet, now recognized as part of our precious cultural heritage, as sanctioned by UNESCO in 2010.

The event was held in the streets of the center of Oneglia: via Bonfante, where there were stands of oil producers along with some local farms, but also Piazza San Giovanni, via Belgrano, via Berio and Calata Cuneo. The weather was mild and this made the day even more pleasant, allowing us and the other participants in the fair, some stops to enjoy the view of the sea. 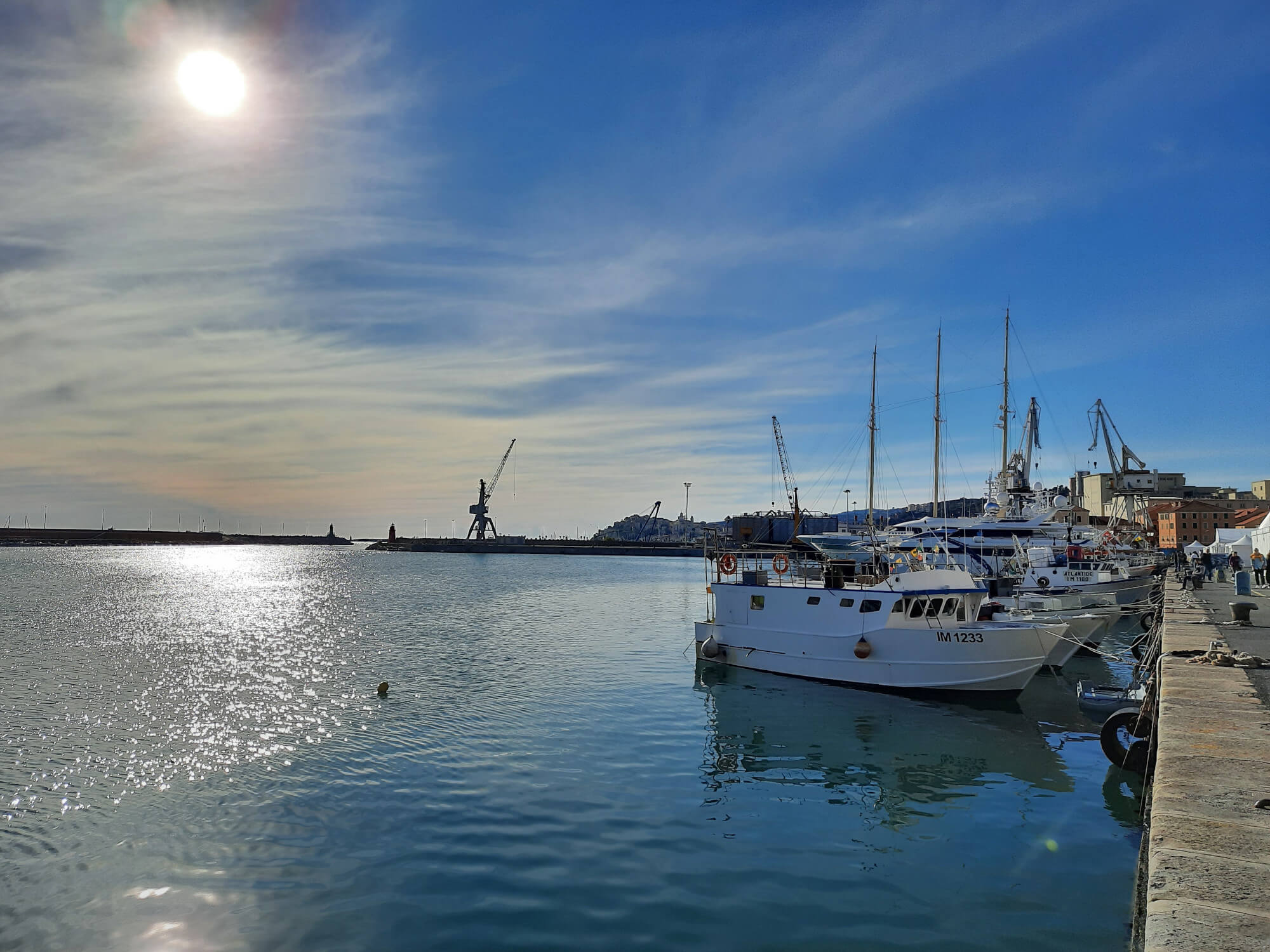 Calata Cuneo was the site of the most important stands, the largest of which brought together representatives from the municipalities near Imperia, such as Bajardo, Diano Castello, Diano Arentino and Diano Marina (which in turn hosts another key event in the area: Aromatica), Arnasco and Cervo.

Of course, the normal safety regulations were in force, and green passes and masks were compulsory to enter. This should not come as a surprise as Olioliva is not limited to a sequence of "traditional" outdoor banquets, but also includes cooking shows inside gazebos. In these occasions, in fact, it is possible to attend to real and proper deepenings, book presentations and "cooking lessons", in which are alternated historical news and curious anecdotes about the foods at the center of the discussion. The protagonists are always our wines, oil and the ever-present basil.

We of the Girandole, for example, took part in the presentation of the book "Le ruote dell'olio" (The wheels of oil), and in the cooking show of Andrea Mantello, owner of the agriturismo Veggia Dian, and in the Pesto Show of Assaggia la Liguria. 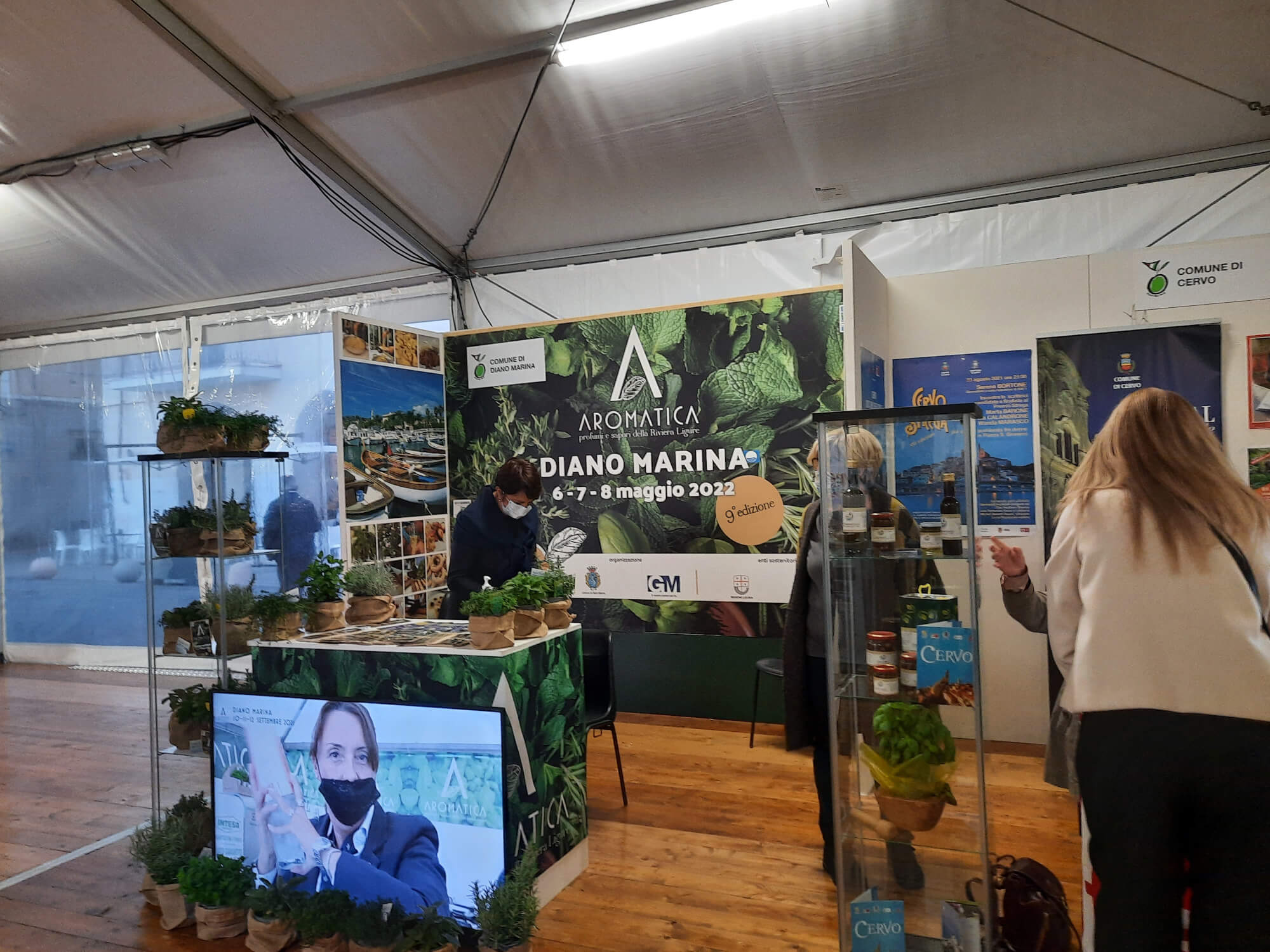 As you can imagine, we couldn't miss the event dedicated to the second most loved sauce in the world, after the tomato one. Of course, we are referring to pesto, the sauce made with Genoese basil pdo that has always made Liguria famous all over the world. As we have discovered, Assaggia la Liguria events are born from the meeting of all Ligurian PDO products: oil, basil and wine. Since it is not possible to certify the sauce as such, since it is so widespread in the world, the Consortium of protection thought to certify the raw material, that is the basil.

In order to be defined as such, certified pesto must have some particular ingredients, seven to be precise:

In a nutshell, you can reproduce pesto anywhere in the world you can find basil, but pdo pesto - the one with the certification - must necessarily be made with these ingredients. And not on a whim, of course. Their presence, in fact, is dictated by precise historical contingencies.

These are foods linked to the Republic of Genoa, before its suppression by Napoleon: pine nuts are from Versilia because after the medieval battle of Meloria against Pisa, these territories returned under Genoese control; Sardinian pecorino is linked to commercial traffic and political ties with Sardinia; while Parmigiano is linked to contacts with a neighboring territory of the Superba. Oil, garlic and basil, instead, are all autochthonous.

In this video we propose a part of the Pesto show in which we participated within the Olioliva event. There were many anecdotes and notions about our pesto. One of the most beloved sauces in the world, in fact, never ceases to tell its story through its scents.

Despite the masks, a heady scent of pesto invaded the room, but what struck us was the great interest that accompanied the event, demonstrating how these occasions are really useful to promote the territory of Imperia and Ligurian agricultural and food excellence in general.

Along with the classic dark eggplants, at Girandole we produce a rare variety, which in addition to ...
Discover ➔

We have been to Olioliva, the exhibition event showcasing the food and wine excellence of Liguria.
Discover ➔ 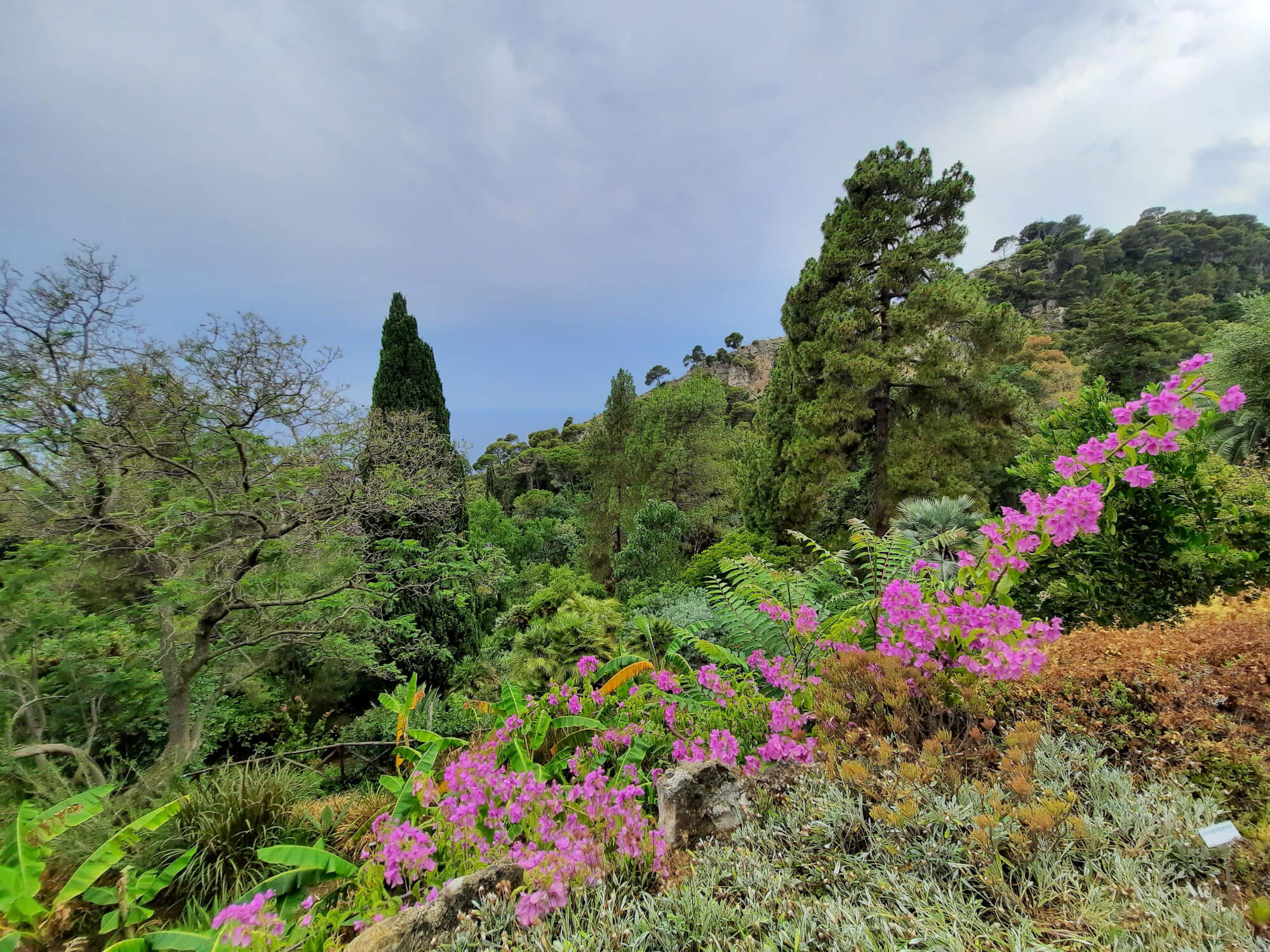 Do you know the Hanbury Botanical Gardens in Ventimiglia? In this article you'll immerse yourself in ...
Discover ➔