If you're a nature lover (and if you're staying at our farmholidays, we have no doubt about that), you can't miss a visit to the Hanbury Botanical Gardens, one of the wonders of the province of Imperia. The gardens are in concession to the University of Genoa and can be found on the promontory of La Mortola.

In this article we offer you a taste of what awaits you, among luxuriant plants from all over the world which, thanks to the favorable environmental conditions, have easily acclimatized, and architectural elements of undoubted charm. 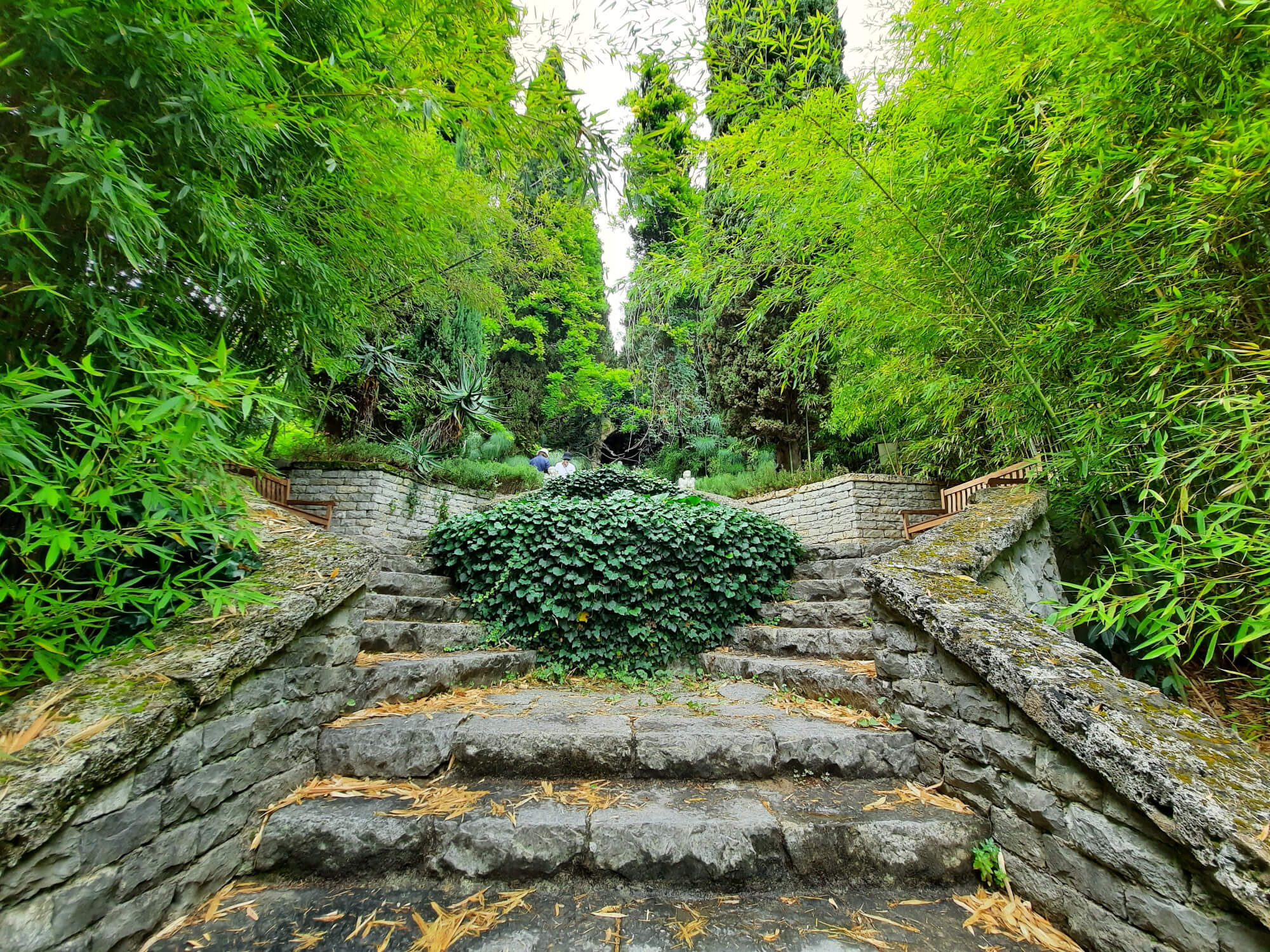 The history of Hanbury Gardens

The history of Hanbury Gardens is closely linked to the name of its founder, Sir Thomas Hanbury. After a successful career as an exporter of tea, spices and silk from China, Hanbury settled in the Ligurian Riviera where, in 1867, he purchased the palace of the Marquis Orengo of Ventimiglia and the surrounding estate. In the 18 hectares he had just acquired, he decided to create the marvelous gardens that we still admire today, with botanical species from all over the world. 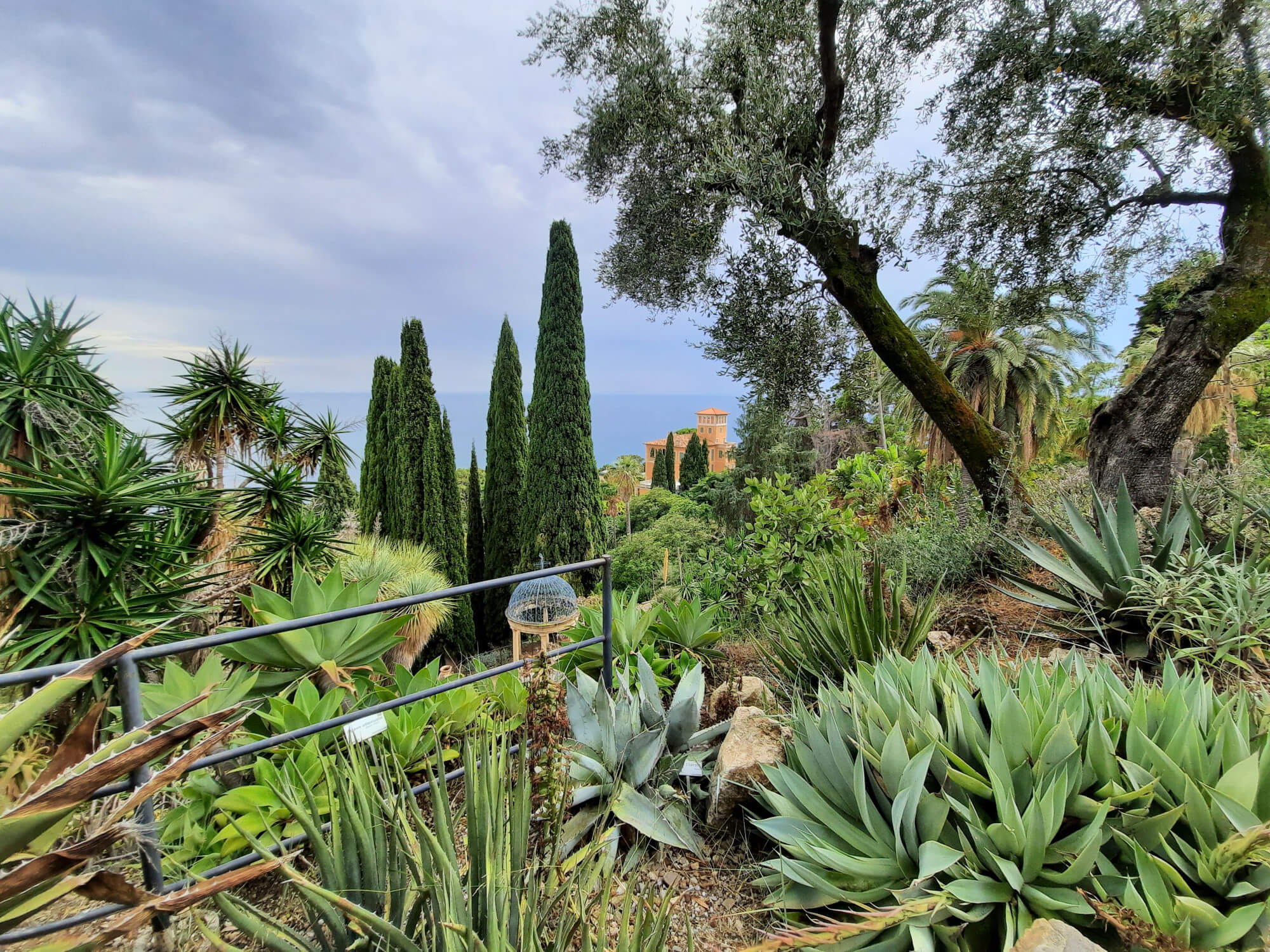 The well-known landscape architect Ludovico Winter helped him in the architectural design of the Gardens, while his brother Daniel, who had come from England especially, provided the scientific basis for the acclimatization system. Thomas Hanbury entrusted his brother with the management of the restorations and the implementation of the botanical species, with the cultivation of exotic, tropical and subtropical plants, following criteria that were not exclusively "aesthetic" but, as we would say today, ecological. 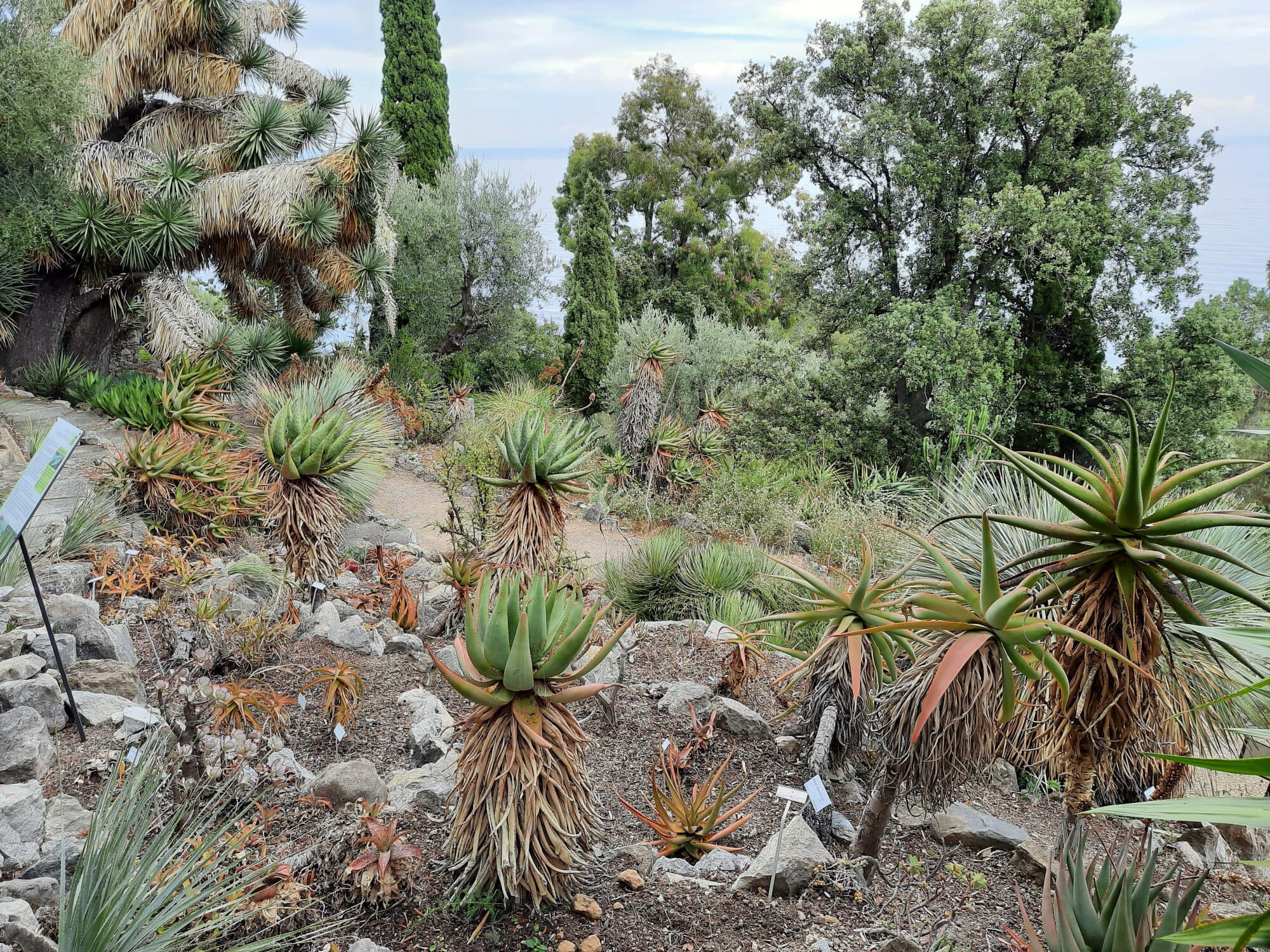 "Never go against Nature," Thomas Hanbury was fond of repeating. For him, going against nature meant overdoing watering and pruning for aesthetic purposes. To encourage the natural cycle of the plants, in fact, he did not cut off the dry leaves, which allowed them to withstand the heat and protect themselves from the weather.

The acclimatization of tropical plants in a Mediterranean climate, instead, was guaranteed through a gradual process, which allowed them to adapt and to suspend, in the driest periods, the vegetative activity. For this reason, even today at Hanbury Gardens we do not believe in forced irrigation, which would unnecessarily stress the plants and lead to a waste of water resources. This principle has in fact been fully accepted by the University which today manages Hanbury Gardens.

When Sir Thomas died in 1907, his son Cecil and his daughter-in-law Dorothy took care of the Gardens, at least until the outbreak of World War II, when the site was abandoned. In 1960 the State purchased the complex and entrusted it to the International Institute of Ligurian Studies. In 1987, however, after an international request, the Gardens passed definitively to the University of Genoa.

Today, therefore, the Hanbury Botanical Gardens are managed by the University of Genoa, but they are also a Regional Protected Area, which includes both a marine and a terrestrial part.

The path of Hanbury Gardens

Whatever time of year you choose to visit Hanbury Gardens, you will find an infinity of curious plants, both in bloom and at rest. In addition, you will be surprised to find the lush and sometimes wild nature, alternating with architectural and sculptural contexts such as statues and fountains.

Of sure interest is also the fact that this site is crossed by the Via Julia Augusta, the ancient Roman road, of which there are important remains. 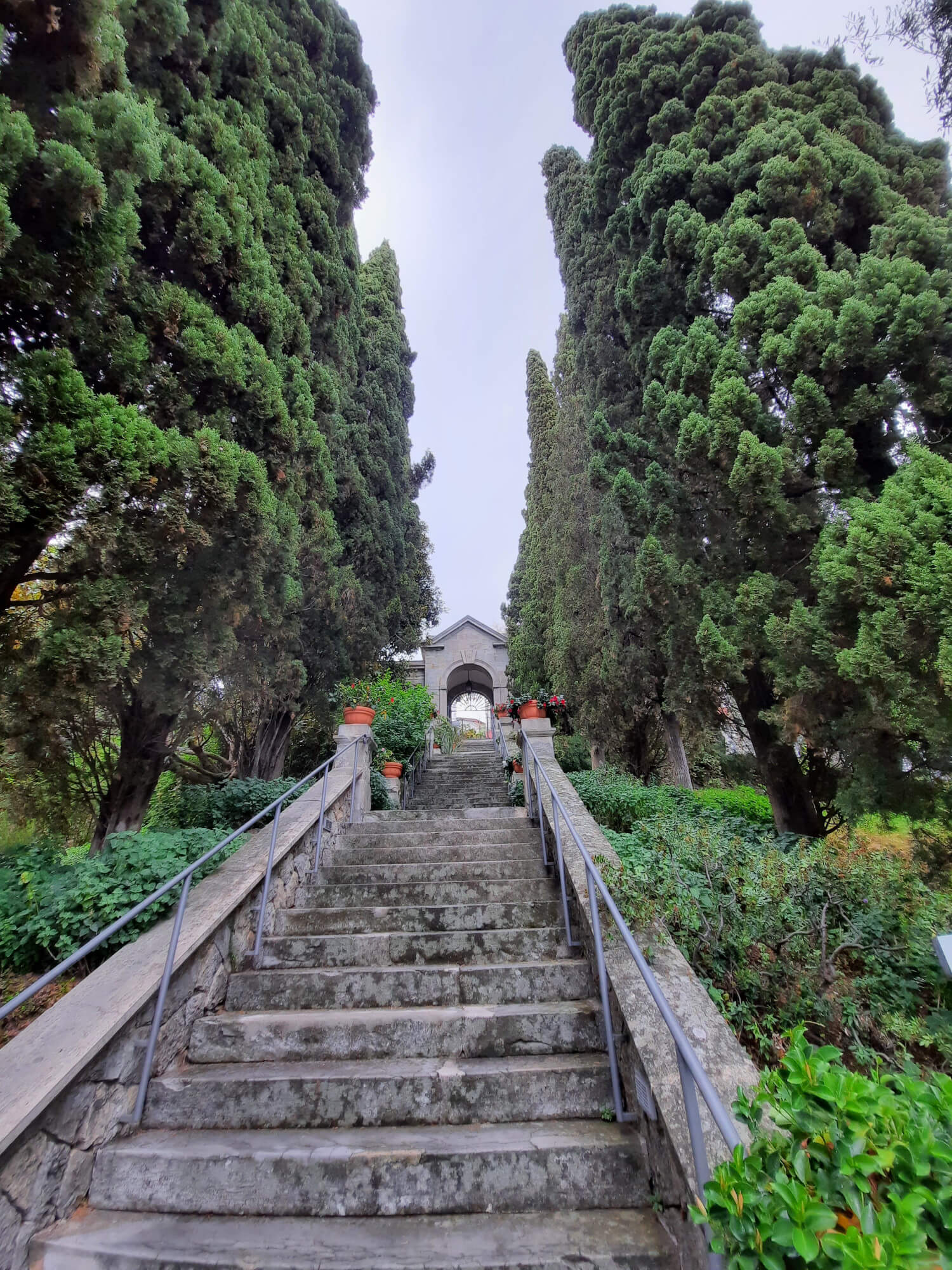 At the entrance there is a beautiful portal built in the 19th century on a project of the architect W. D. Caroe, where on the internal key you can read the Chinese ideogram "Fǒ", which means "happiness".

From here, a staircase leads up to the estate of the ancient marquises, while all around one can observe wonderful plants from Africa and Australia. Proceeding further on, one encounters the Nirvana Fountain, created by Ludovico Winter in 1872. Here lie beautiful species of agave that, clinging to the rock face, do not need thorns to defend themselves.

We suggest you to follow the path until you reach the area called Quattro Stagioni (Four Seasons), where there is a small temple, more properly a circular pergola, moved here from England in 1947. Downstream, beyond this area, you will find instead another noteworthy architecture, namely the Fountain of the Mermaid. The vegetation is dominated, also here, by agaves, whose panicle-like inflorescences reach even 10 meters! 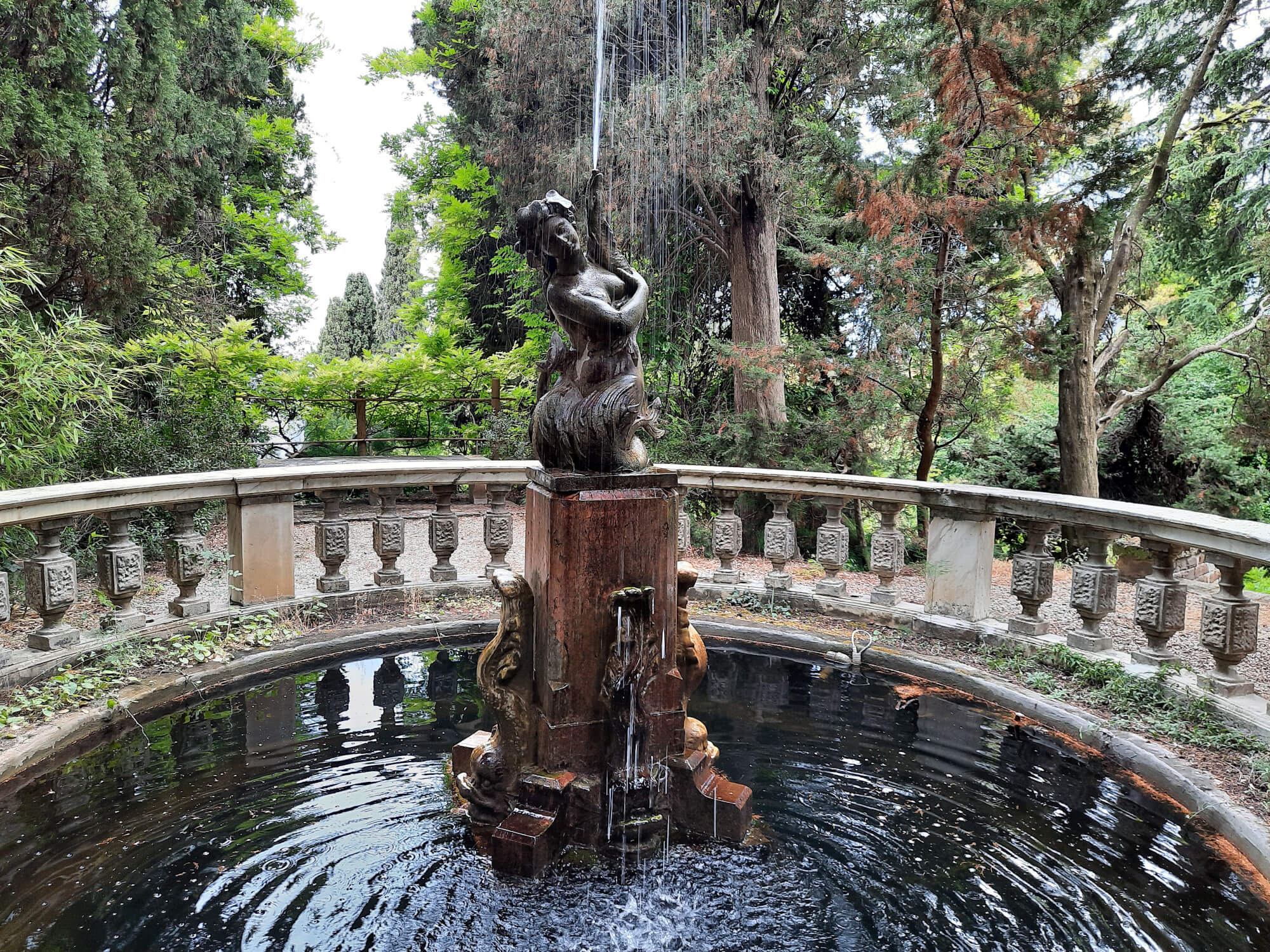 In the square in front of the ancient portal there is the access to the palace which originally belonged to the Lanteri family. Dating back to the 11th century, the building was commissioned by a cadet of the family, veteran of a Crusade. In 1620 the property was purchased by the Orengo family, who kept it until 1844. 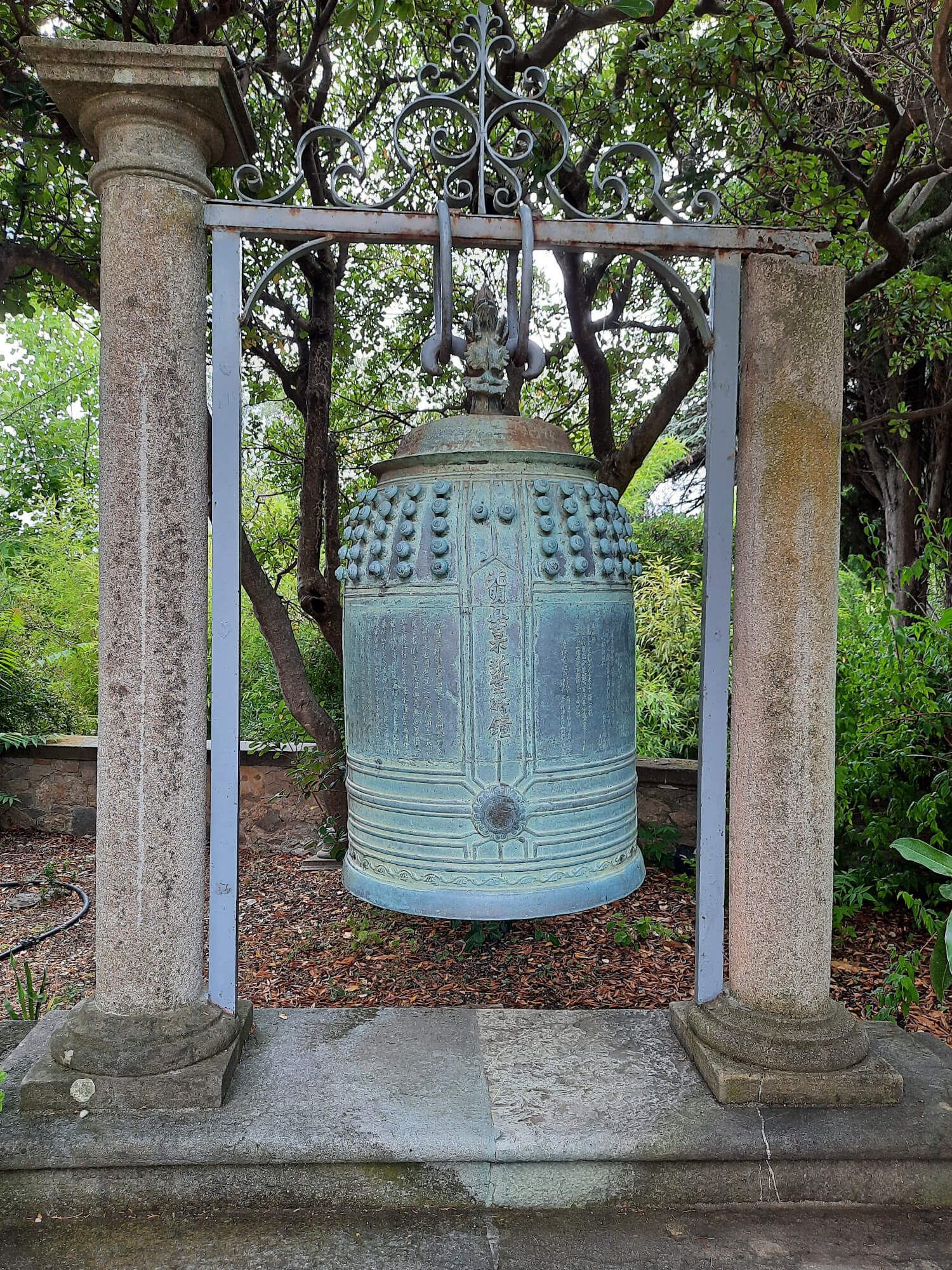 The spirit of the new owner, Sir Thomas Hanbury, a cultured man and tireless traveller, can be felt at every step. In the forecourt, for example, we find a beautiful bronze Japanese Bell from a Buddhist temple.

In this video we delve into another interesting part of the Hanbury Gardens: the exotic orchard. Describing its scents and impression is practically impossible. To really understand the charm of the Gardens it is necessary to dedicate a visit to them, and totally immerse yourself in their atmosphere!

But the area of Hanbury Gardens is extensive and there are countless areas to explore and get lost in. We suggest you not to miss the Dragon Fountain, the Moorish Mausoleum, the Topia, the Small Gardens, the Cypresses Avenue, the Citrus groves and the Olive trees Avenue. 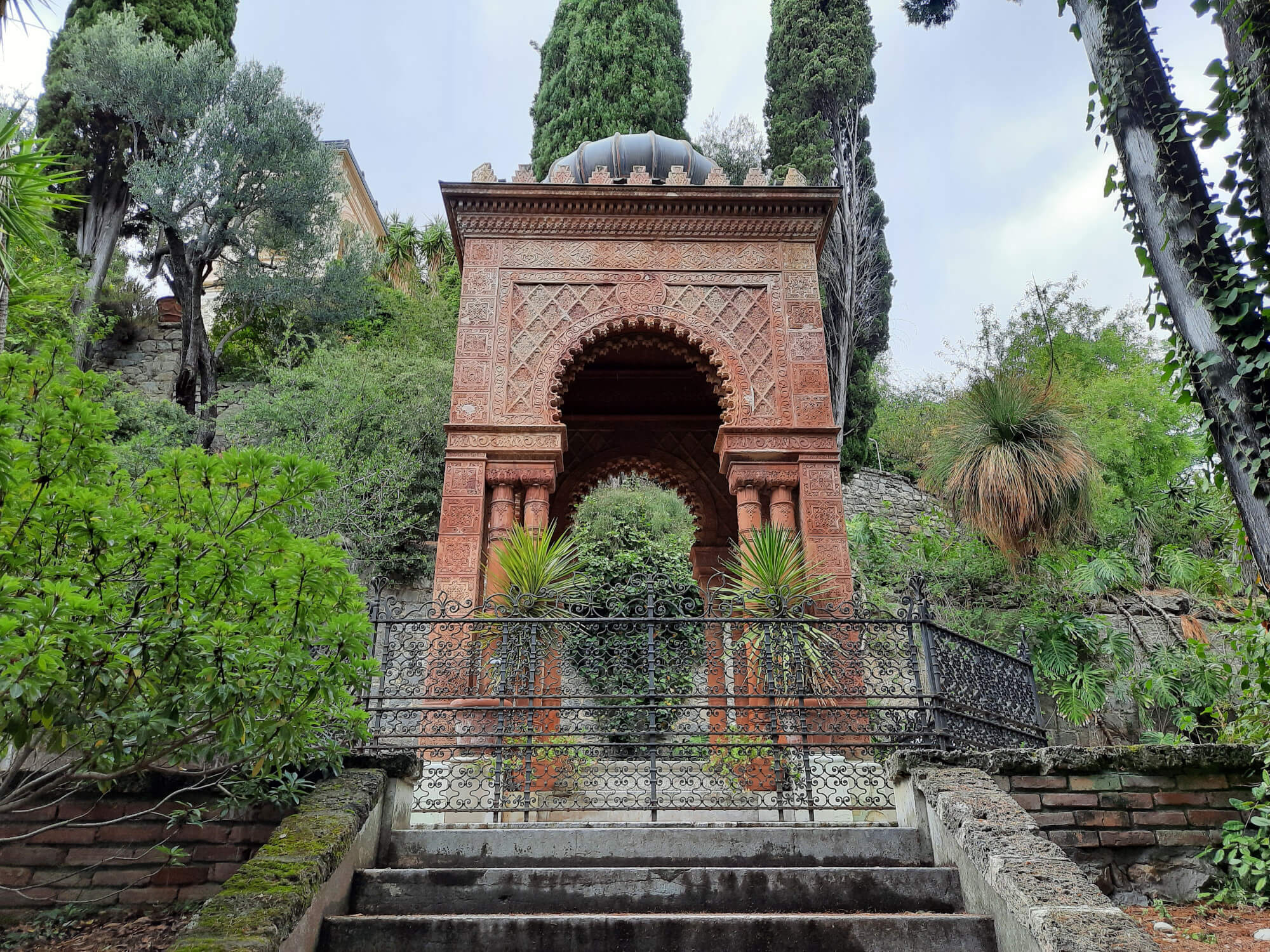 Visiting Hanbury Gardens is a total sensory experience, where the understanding and respect for the dynamics of nature are combined with the admiration of a genuine, primordial beauty. Impossible not to be fascinated! 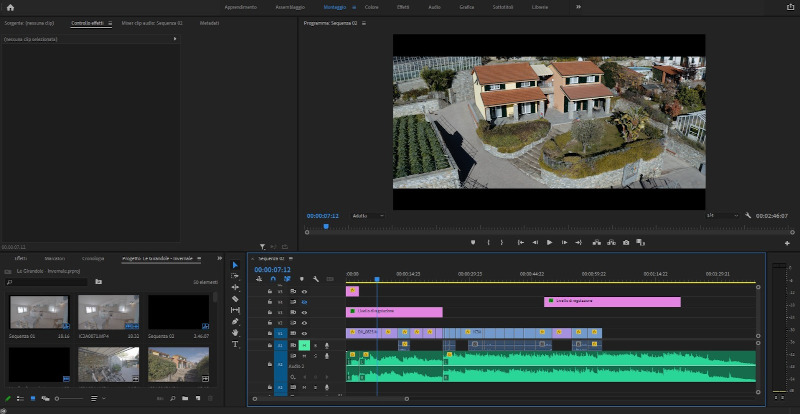 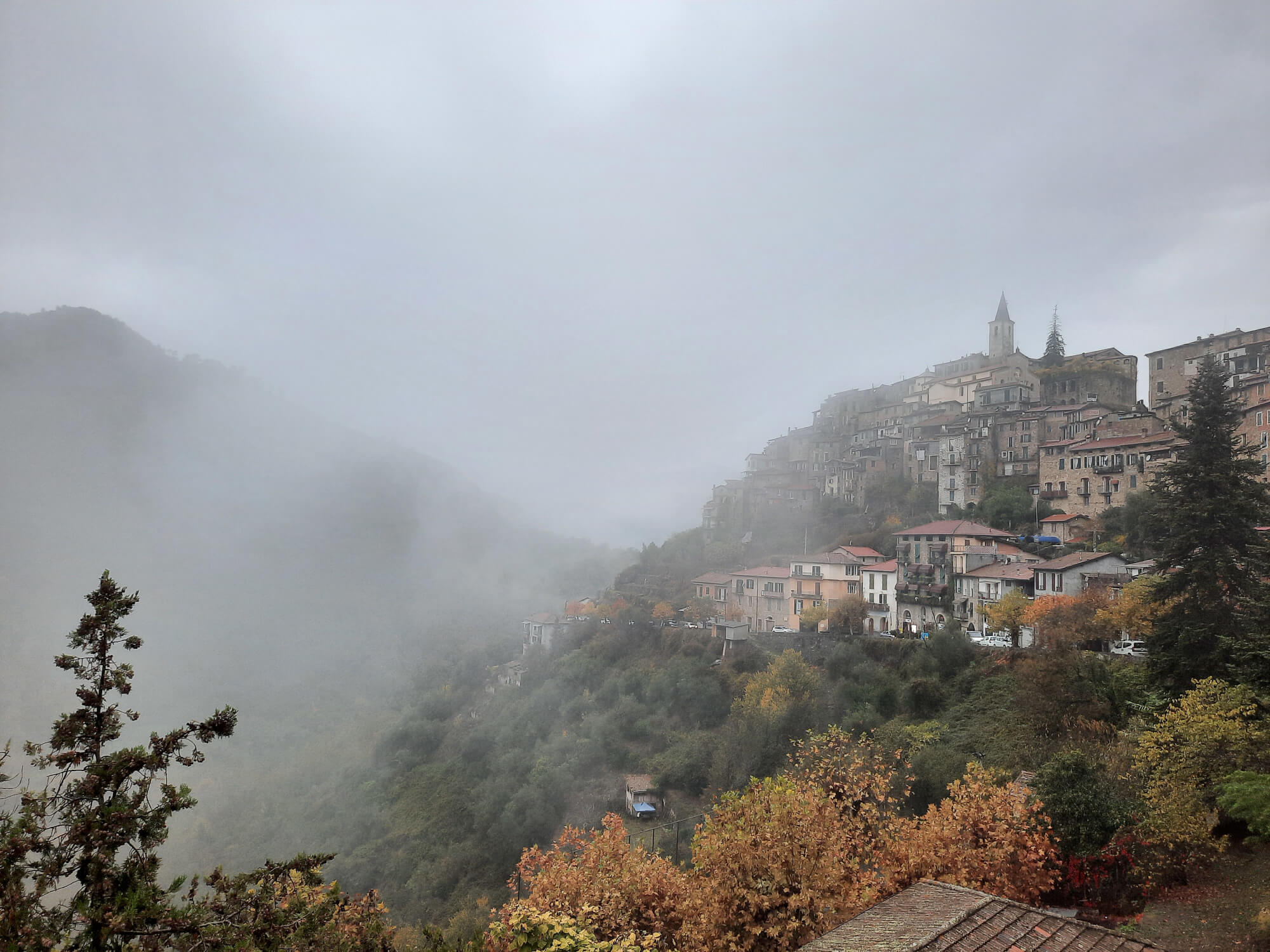 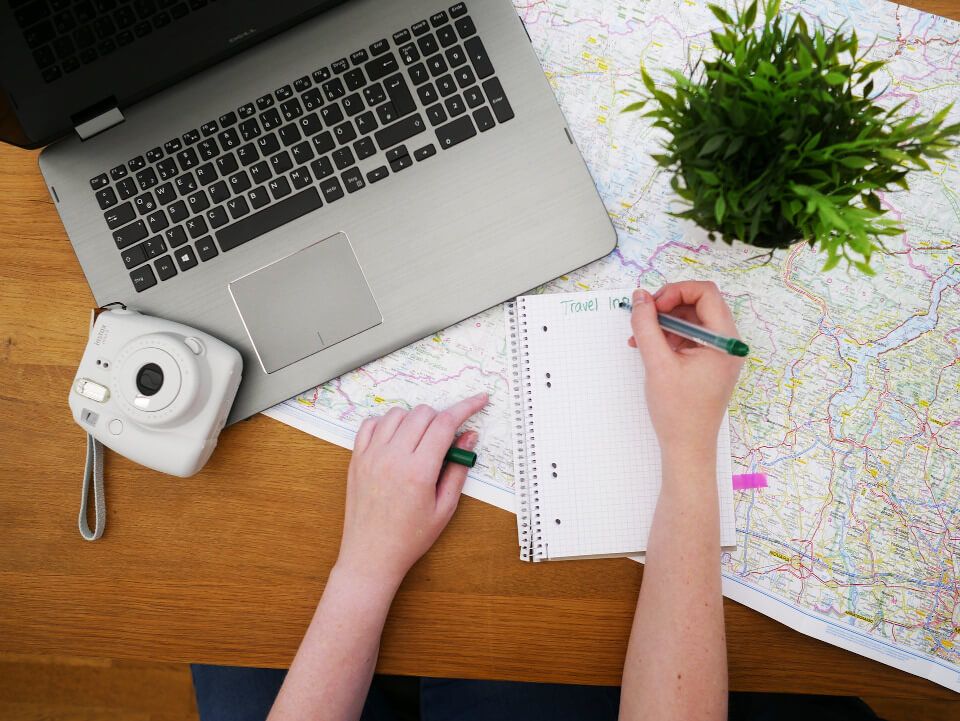