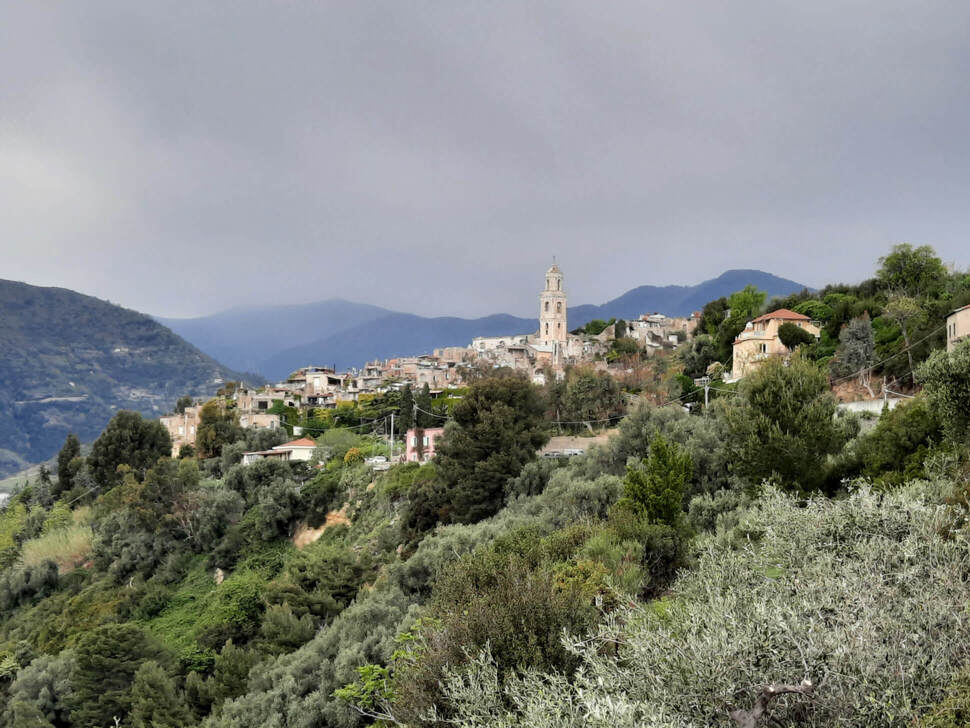 A few kilometers from our farmholidays in Diano Marina is one of the most characteristic scenery of Western Liguria. We're talking about Bussana Vecchia, an abandoned village different from the usual ones, where the melancholy of a village in ruins does not dominate, but the bright colors of the flowers that make their way through the deserted caruggi and the iridescent tones of the most diverse artistic works. 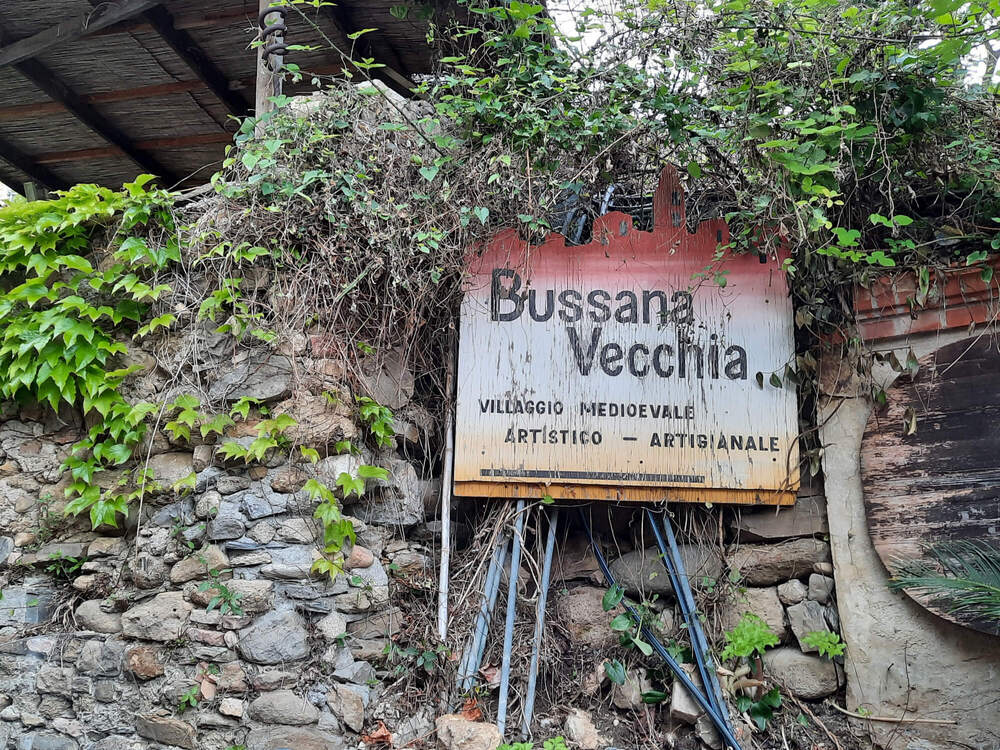 The history of Bussana Vecchia

The village of Bussana Vecchia has medieval origins, although some scholars believe it may have already been founded in Roman times. The material evidence, however, gives us stable presences from the seventh century, although following the Lombard invasions, the population may have moved further downstream, and then return again around the tenth century.

Since the eleventh century were the Counts of Ventimiglia to control the territory of Bussana Vecchia, also building a castle as a defensive structure, a role that gradually lost until the thirteenth century, when the country passed under the rule of the Republic of Genoa.

The fifteenth century saw an increase in population and consequently also the building development of Bussana Vecchia, with the construction of the church of Sant'Egidio and numerous private homes, built with stones from the nearby coast.

In the following century the village expanded, acquiring the characteristic "pine cone" shape, common to many villages in the Sanremo area. The side aisles of the church were built, which was then completed in its Baroque revival in the seventeenth century, with the creation of stucco and paintings of value.

Life in the village flowed quietly, with an economy based on the cultivation of olives and citrus fruits, until the nineteenth century, when, from the '30s, began to occur the first major seismic shocks. 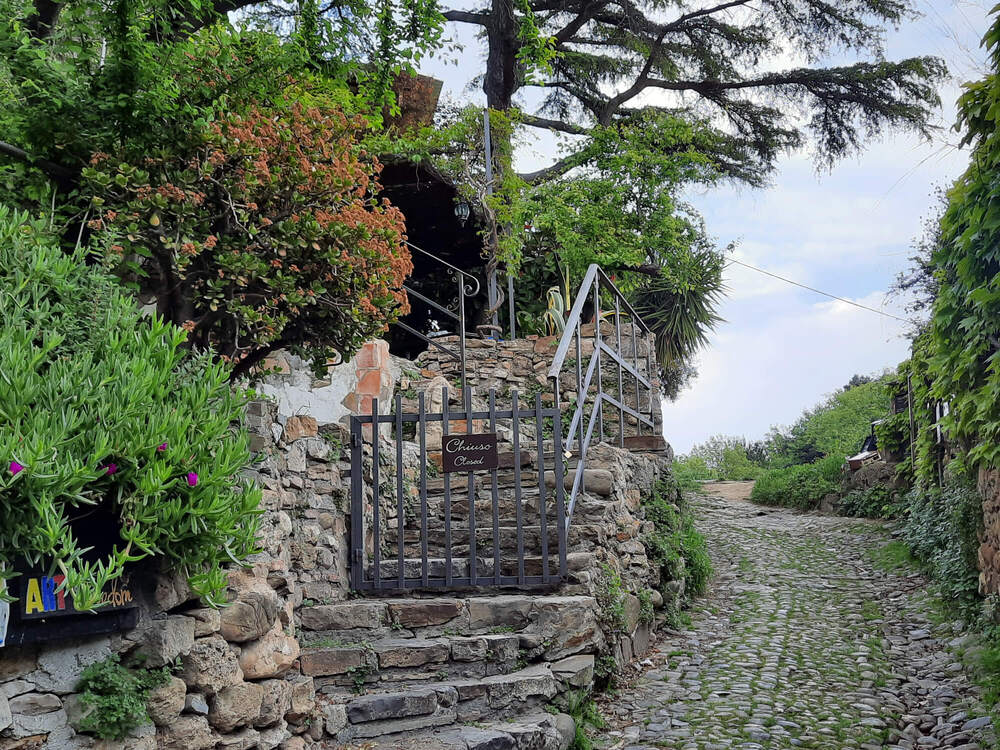 Read also  -  Cervo: discovering one of the most beautiful villages in Italy

The earthquake that destroyed Bussana Vecchia

On February 23, 1887 a terrible earthquake devastated forever the lives of the inhabitants of the small hillside village of San Remo. The destruction of public and private buildings was such that it was necessary to evacuate Bussana Vecchia, moving the population further downstream, in what would later become the village of Bussana Nuova. 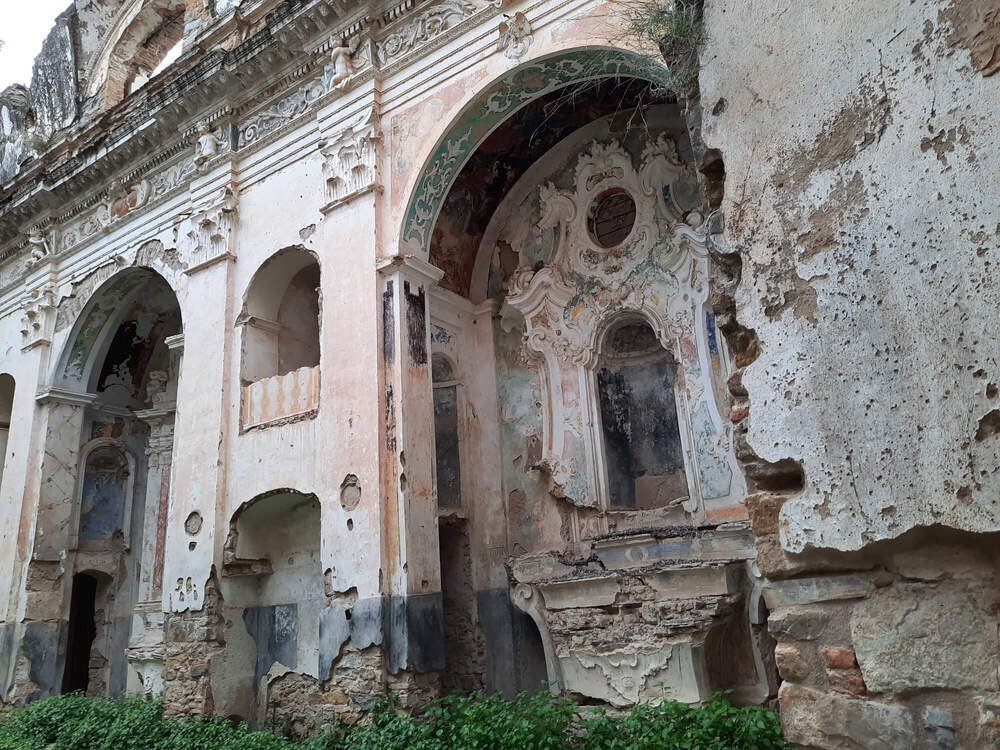 The old village was thus left to itself for decades, and the result was that the already damaged houses and the church of Sant'Egidio continued to collapse and suffer further damage due to the absence of an adequate restructuring policy. Its destiny would therefore have been the one shared by many ghost villages in Italy and the rest of the world, abandoned to their decay, suggestive destination for lovers of dark tourism and urban decay.

Let's take a walk through the caruggi of Bussana Vecchia, among the new bars and art stores that come back to life and animate the old village, up to what remains of the baroque church of Sant'Egidio, completely destroyed and closed for safety reasons. Inside you can see site-specific art installations.

But something different happened in Bussana Vecchia. Perhaps due to its privileged position, a few steps away from the most popular tourist destinations, and at the same time reserved, since the fifties this place has begun to attract eccentric personalities, artists from all over the world who have decided to make it the seat of their ateliers (atelieirs) and workshops. 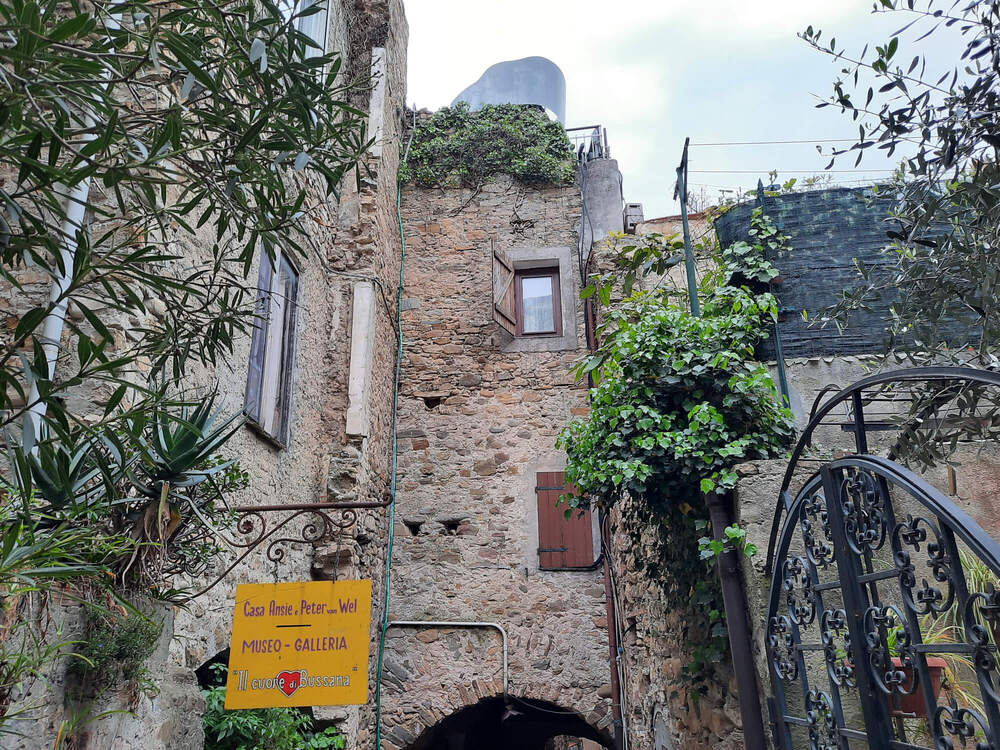 A new life for Bussana Vecchia

These artists decided to join forces and occupy the ruins of the small town, creating a new community dedicated to art and beauty. The crumbling and ruined walls have been secured to house their studios, create small workshops and stores where they can sell their works and make them known to tourists. 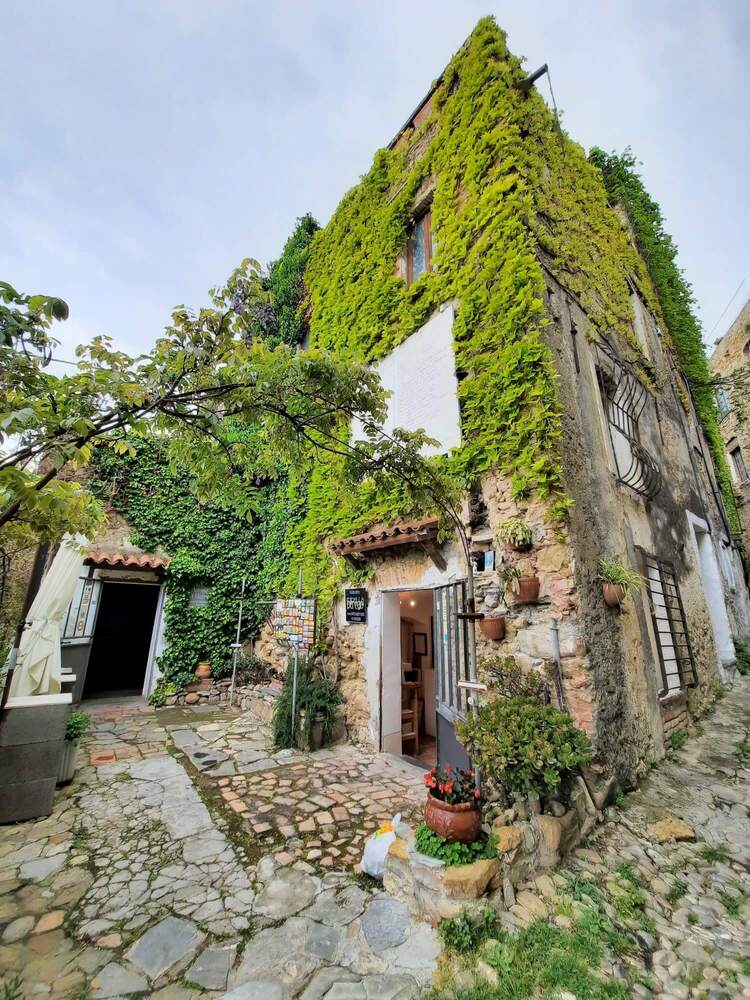 But that's not all: soon around the historical village opened also bars and refreshment points where you could stop to drink a coffee and have a chat in the shade of a unique landscape. 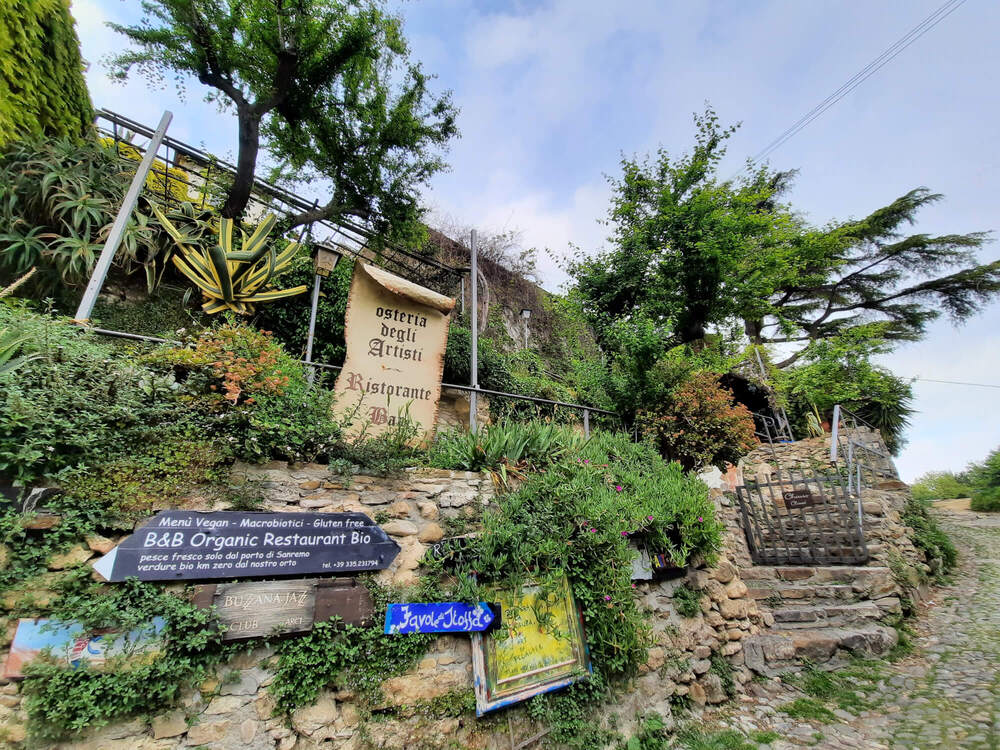 Walking through the alleys of Bussana Vecchia is truly an unforgettable experience. On the one hand it gives us a picture of what happened more than a century ago, as if time had not travelled its roads to lead us to what we are today; on the other hand it seems to revolve around an involuntary monument, the memory of a dramatic event that forever changed the idea of home for those who lived in Bussana Vecchia.

Yet, the melancholy here is only a breath that barely touches us, because what strikes us is the attempt, at every step, to give new value and meaning to the ruins. Like the numerous paintings, statues and murals that we encounter among the caruggi, the many curiosities hanging on the walls or the site-specific installations that embellish the decayed monuments.

The memory of the earthquake is always present in Bussana Vecchia, where the structures have remained almost intact since then. Despite this, life has managed to prevail, thanks to the initiative of artists and artisans who have decided to settle and work here.

How to get to Bussana Vecchia

From our apartments it is sufficient to take the highway at San Bartolomeo al Mare and continue for about 28 kilometers until the exit of Arma di Taggia. At this point take Via Armea (towards Sanremo) until you meet the signs for Bussana Vecchia.

If you are a sporty person, instead, you should know that Bussana Vecchia can also be reached from the bike path of Sanremo. You just have to exit from the area of Bussana and follow the signs to the old village. It will be a ride of about 4 km. If you prefer to continue on foot, it will take about 40 minutes of walking through a mule track of 2 km, near the schools of Bussana Nuova.

Read also  -  Bike path of the Ligurian Riviera: from Bussana Mare to Ospedaletti

We recommend good shoes and comfortable clothing, a camera but, above all, the curiosity to discover a place that will remain in your memories forever! 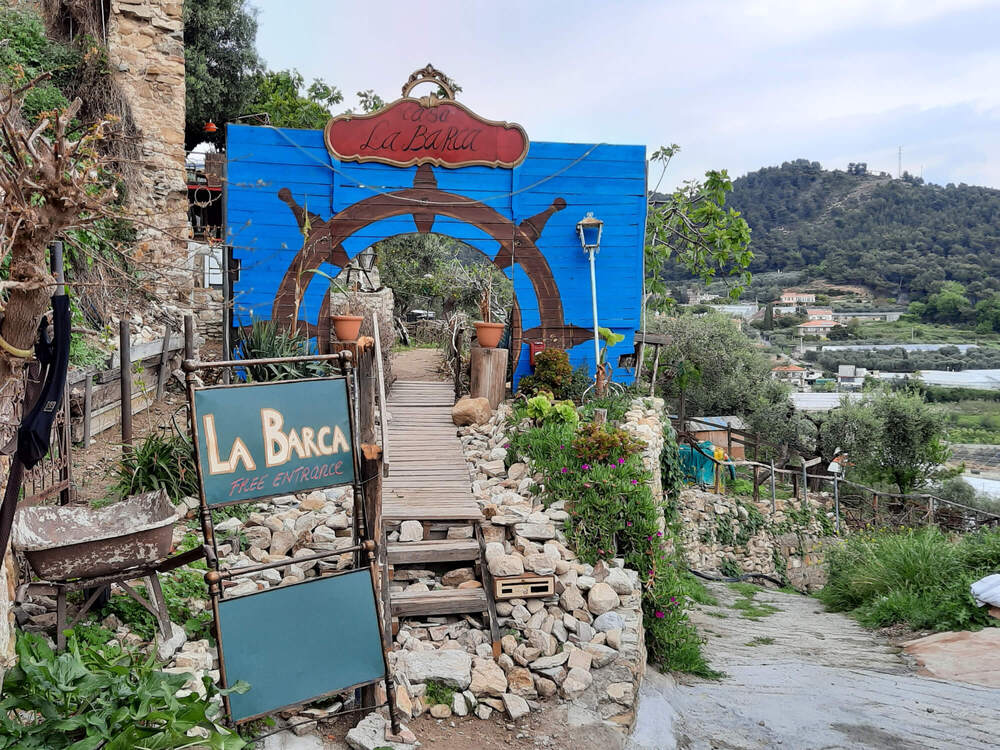 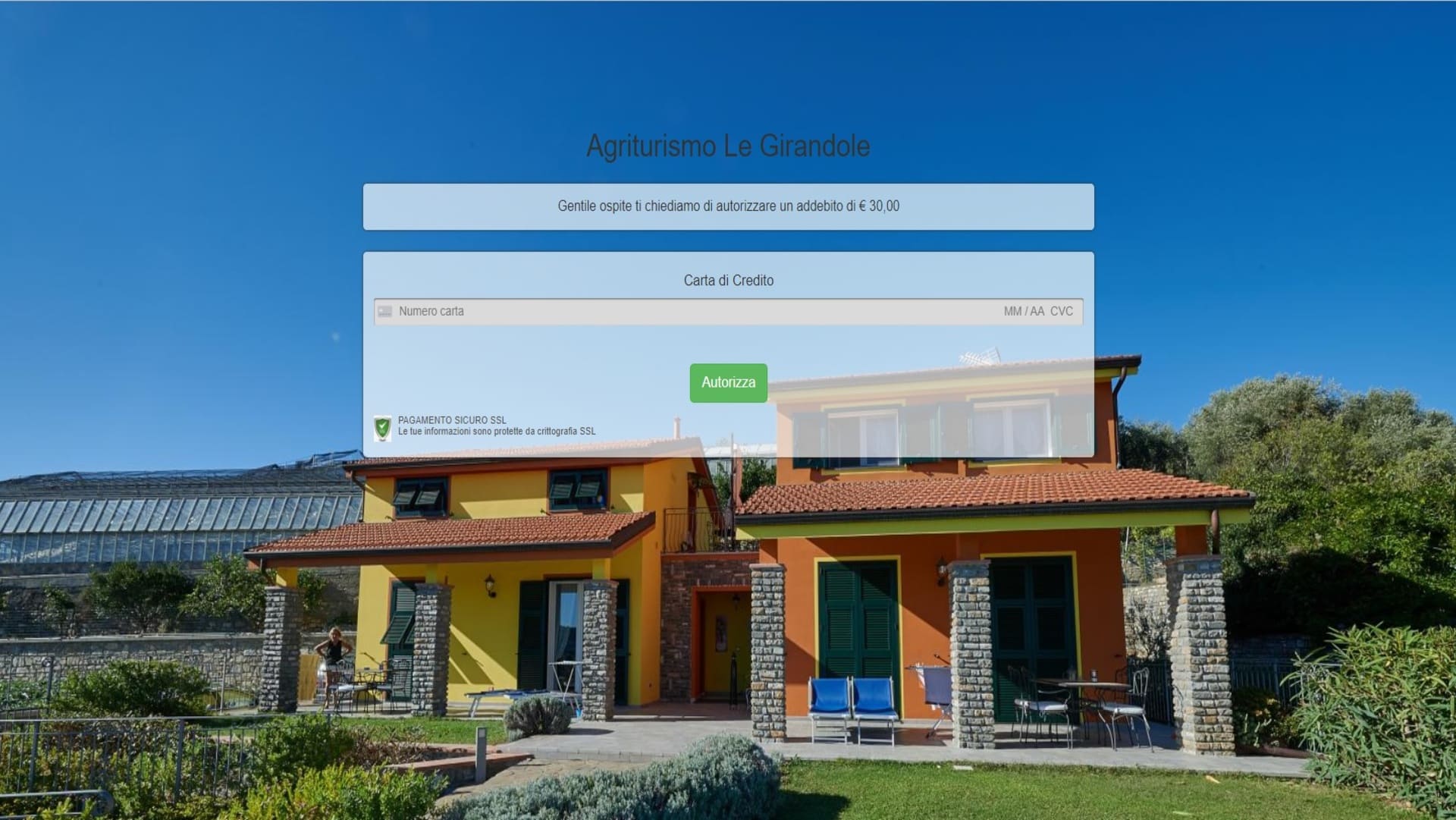 Find out how to quickly and securely book and pay for your holiday flat in Diano Marina online. The ...
Discover ➔ 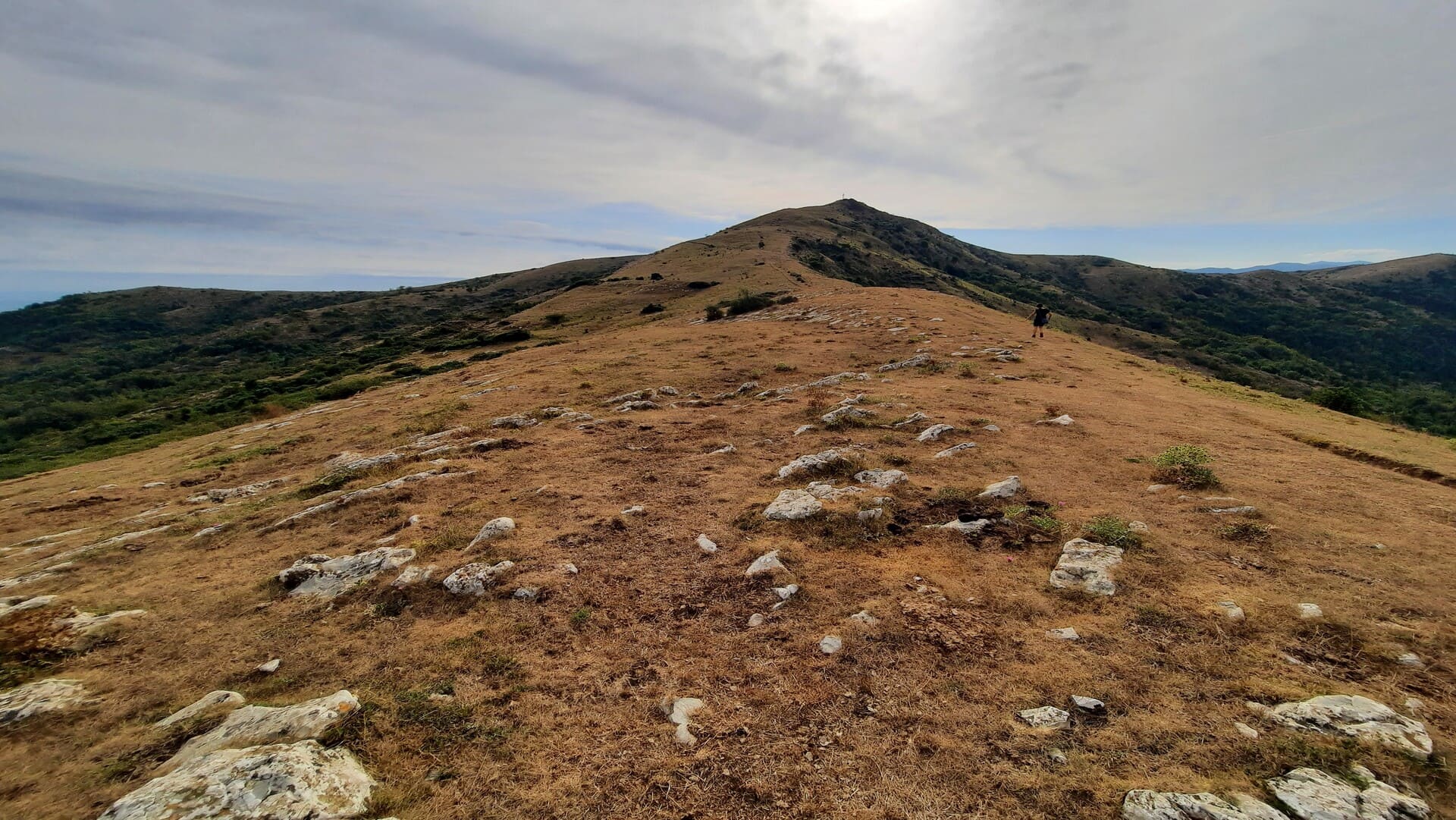 Discover the excursion to Pizzo d'Evigno: trekking from Evigno, in the municipality of Diano Arentin ...
Discover ➔ 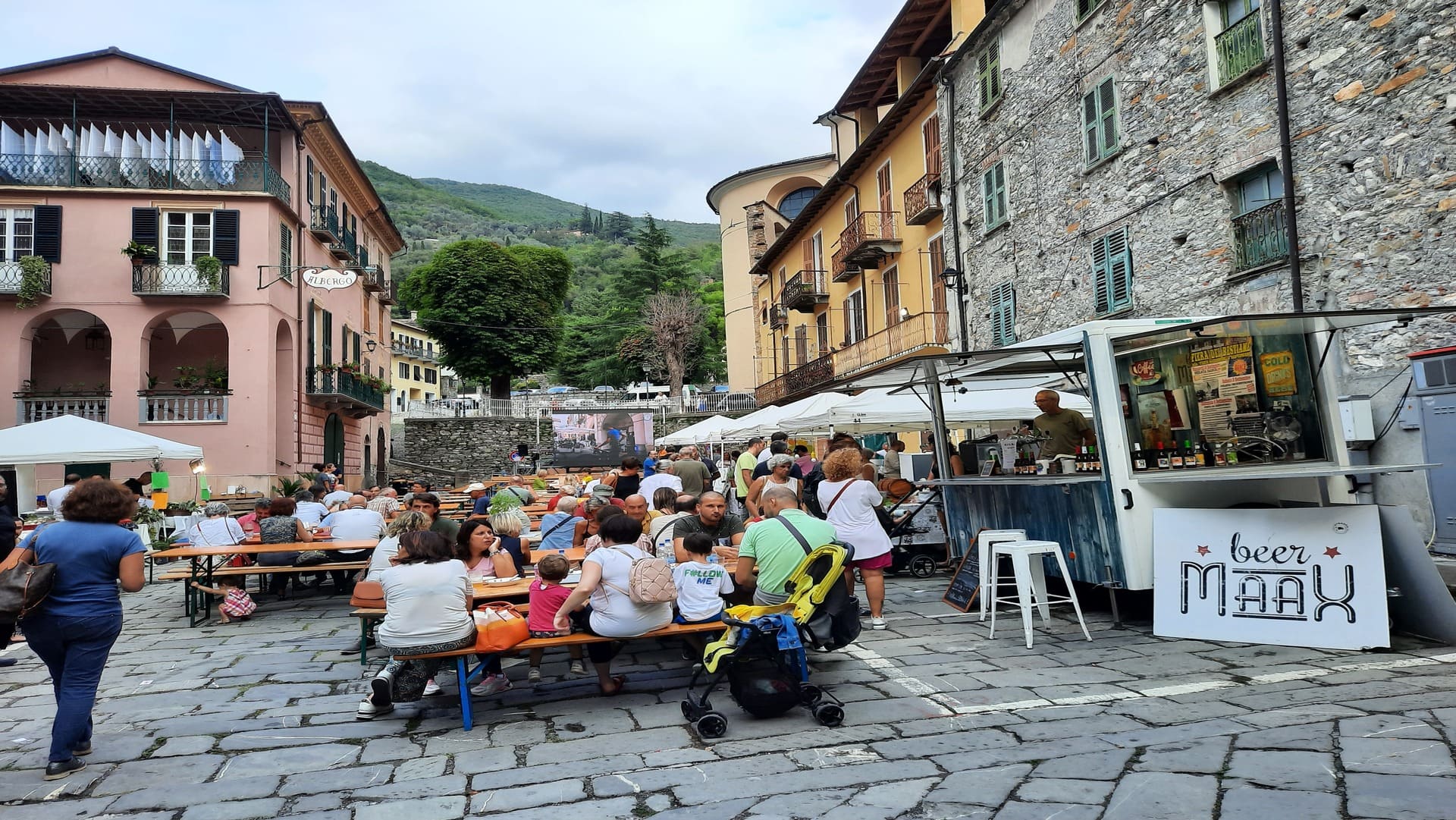