A route towards the town of Diano Arentino

A route towards the town of Diano Arentino

Diano Arentino is a small town just twenty minutes away from our holidays apartments. We invite you to visit it not only to know an authentic portion of Liguria, but because we are sure it will surprise you. The landscape alternates bands of olive groves with thick woods where ancient pagan gods once worshipped.

Follow us on our route through the Dianese valley: we will lead you through country churches, streams and small quiet hamlets. 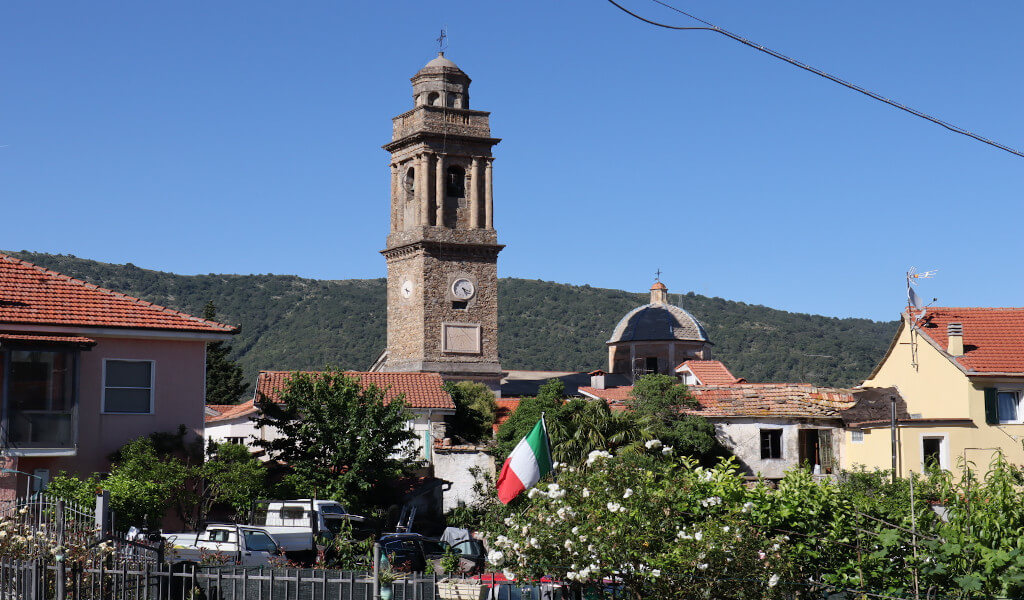 Diano Arentino historically follows the events of the villages of the Gulf of Diano. If it's not the first time that you happen to be among the articles of our blog , you already know that the territory between Capo Berta and Capo Cervo was once made up of dense woods dedicated to the pre-Roman deity Borman. Once the Romans settled, the deity of probable Celtic origin was supplanted by Diana, goddess of hunting and woods. The sacred forest became a rest stop with a suggestive name: Lucus Bormani. This partly explains the reason for the name of so many villages in the valley.

Like other villages in the surrounding area, Diano Arentino returned to the dominions of the powerful Marquis Clavesana, until it was sold to Genoa in 1228. In this period he joined the Communitas Diani, an association between local communities that enjoyed considerable legislative autonomy. The evidence of this agreement can be found under the Logge of Diano Castello where, during our Giroborgo we saw the signs with the dates of our stay in the communitas. 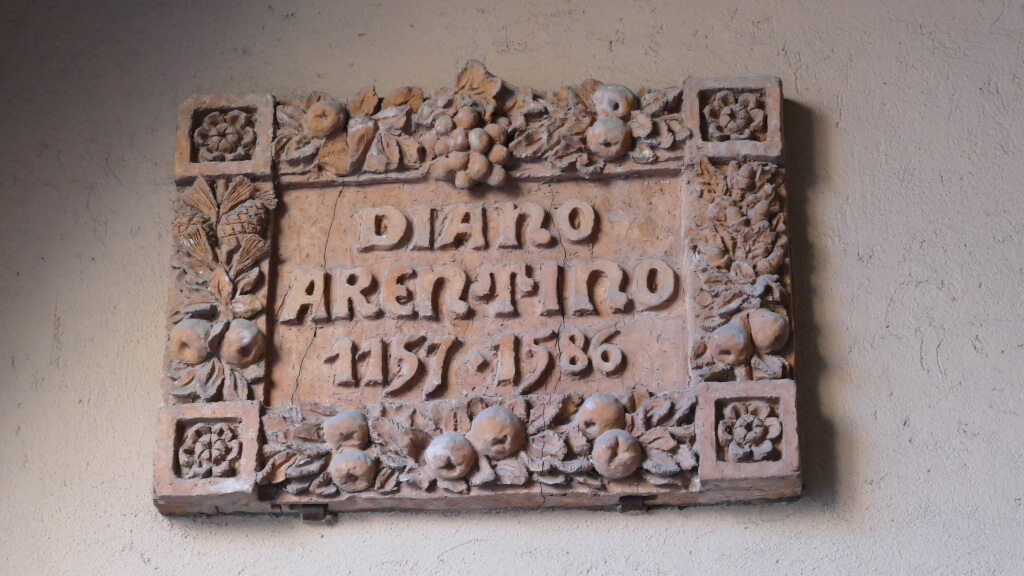 Leaving the coast of Diano Marina behind us, we take the provincial road 37 and pass the ancient village of Diano Castello. Diano Castello. From here we proceed straight along the typical Ligurian countryside, in the direction of Diano Arentino. The landscape is barely interrupted by a few houses, set between terraces of olive trees and well-kept vegetable gardens. Nature gets thicker and thicker until we meet the small church of San Sebastiano.

The little church is located at the crossroads for Diano Arentino (however, it is part of the municipality of Diano Castello), just before the crossroads leading to the village Merea, one of the many villages. Equipped with a small external portico, this small church contains some frescoes by an unknown painter of the 15th century. 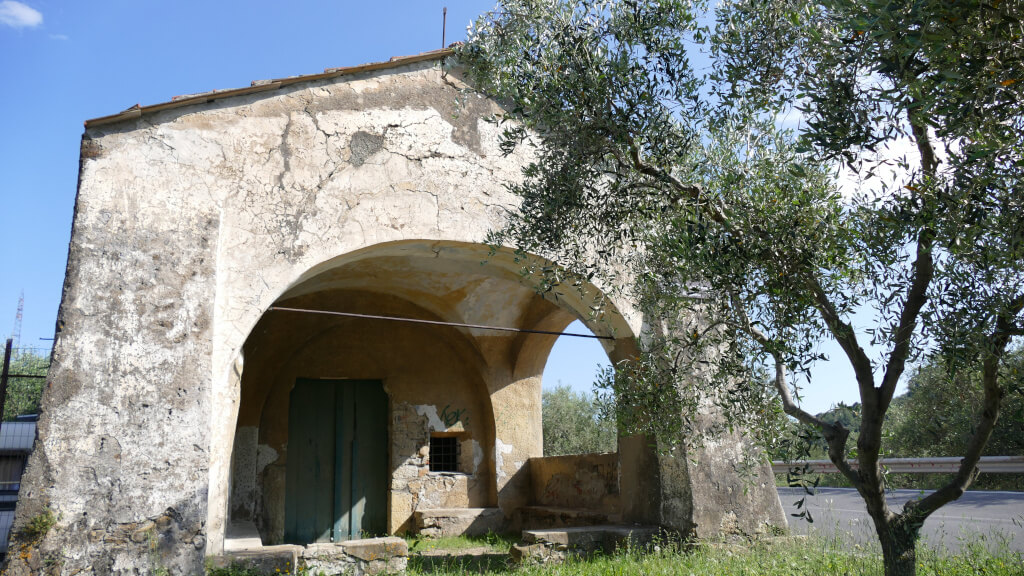 The church of San Rocco

We resume the route towards Diano Arentino, following the provincial road 90 until we meet the church of San Rocco, in the hamlet of Diano Borello. The building is located outside the town, between the village cemetery and the provincial road. It was built in the 17th century as a vow to the saint for saving the population from the plague of 1656-57. As is often the case, several works followed one another during the 19th century, which brought the church to its present appearance. The Corinthian columns of the portico supporting a wide pediment denounce, in fact, a neoclassical inspiration. 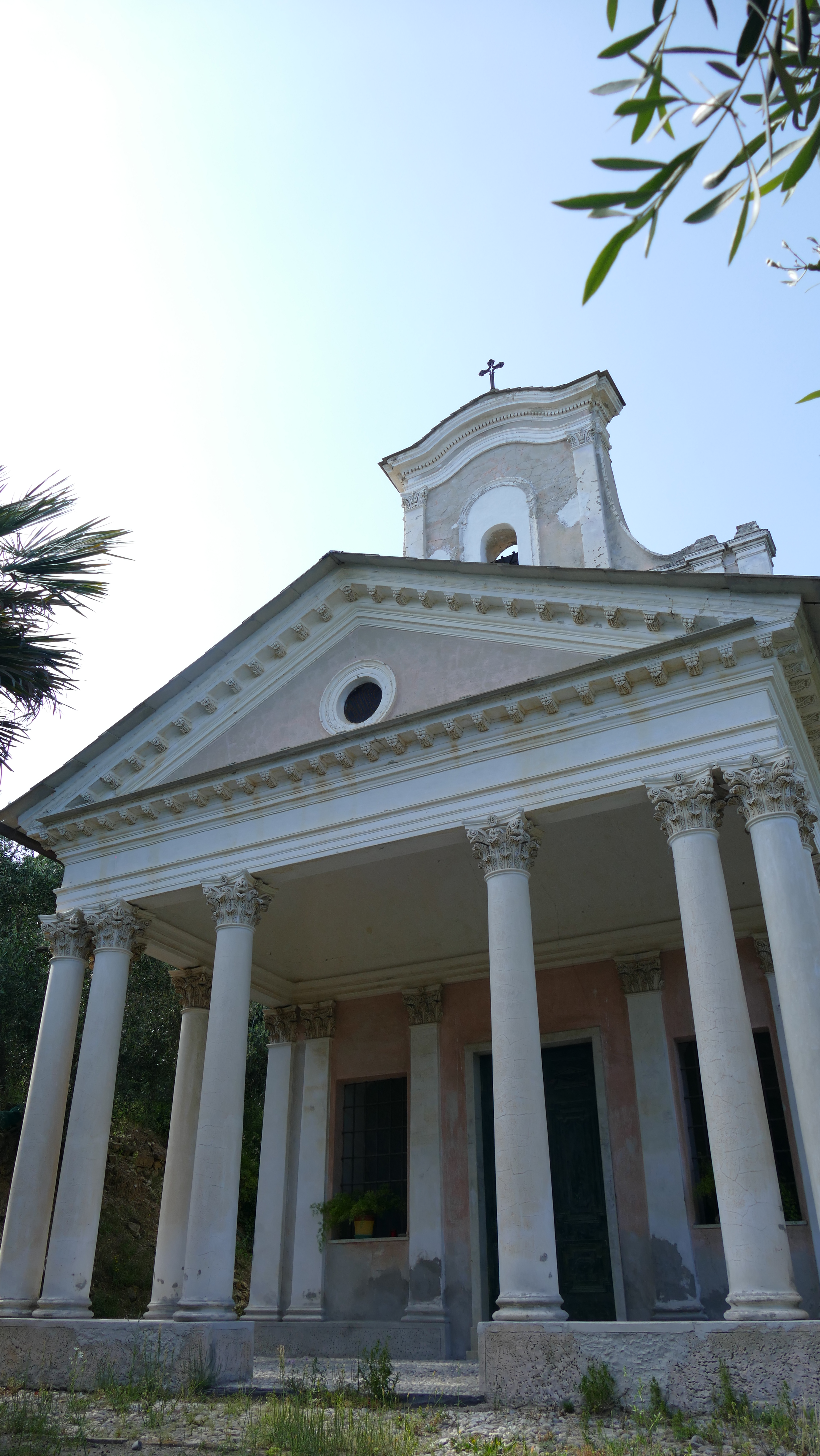 The church of San Michele Arcangelo

The trip isn't over yet. Before reaching the centre of Diano Arentino, in fact, we have to cross the hamlet of Diano Borello and reach the parish church of San Michele Arcangelo, in the village "Villa della Chiesa". The building is strategically located on top of a promontory. If you leave your car in the car park across the road, it is worth stopping to admire the landscape over the valley. The church stands out on a pretty cobbled churchyard, with a paionica tree and stone seats where you can enjoy some shade. The facade is simple, but if you approach it, you can see traces of ancient paintings. Above the entrance portal, for example, there is a fresco depicting St. Michael the Archangel between St. Peter and St. John the Baptist. Below, instead, is the date 1485, engraved in Roman numerals. 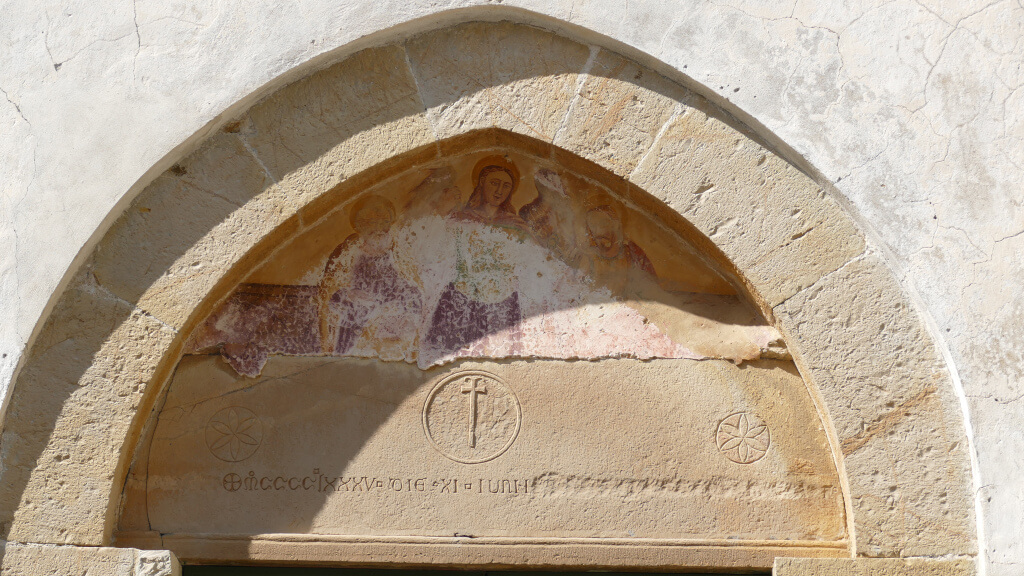 Between streams and medieval bridges

Continuing straight ahead to the north on the provincial road 90, after a few narrow streets, you can immerse yourself in some beautiful landscapes. In the Virgili area, for example, we recommend that you strain your ear to the sound of a stream. Park your car in a small clearing further ahead, take a few minutes to admire a small waterfall that flows into a stream. Continuing straight ahead, however, on the border with Diano Roncagli you will come across the medieval bridge of the Madonnetta.

This little bridge dates back to the 15th century. After the collapse in 1641, it took nine years to rebuild it. Its name derives from the presence of a votive shrine in which the marble statue of the Madonna della Misericordia is inserted. The place served as a fundamental link for the inhabitants of the area, who could reach their land between Diano Borello and Diano Evigno and transport the olives to the oil mills. However, it was also the numerous travellers and pilgrims of the time who crossed the bridge and found refreshment in these places. 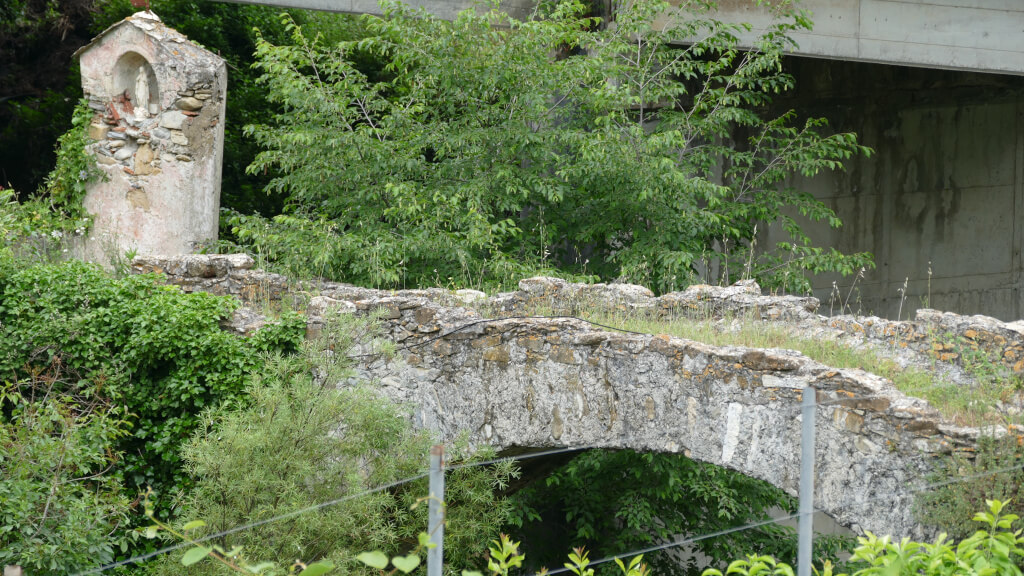 The centre of Diano Arentino and the oratory of San Carlo

We want to end our journey by continuing towards the centre of Diano Arentino. We find more houses here. The courtyards are full of plants, vineyards and pergolas, and it is not uncommon to meet some elderly ladies, intent on harvesting the products from the garden.

Unfortunately, the parish church of Santa Margherita cannot be visited for work in progress, but from this height you can still enjoy the view of the surrounding valleys. Looking up the hill you will see the former chapel "La casassa". Carefully, the ruin is easily reached via a path. Further ahead, after a few narrow hairpin bends, is the Oratory of San Carlo, from which you can enjoy a privileged view. Here it's really worth stopping to admire the landscape: the chapel dominates an impressive viewpoint. Have fun photographing the olive trees framed by the arches of the porch!

Away from the traffic of coastal tourism, one encounters places where silence dominates. We recommend you to invest an afternoon in an excursion in these valleys, to regenerate your thoughts and spirit! 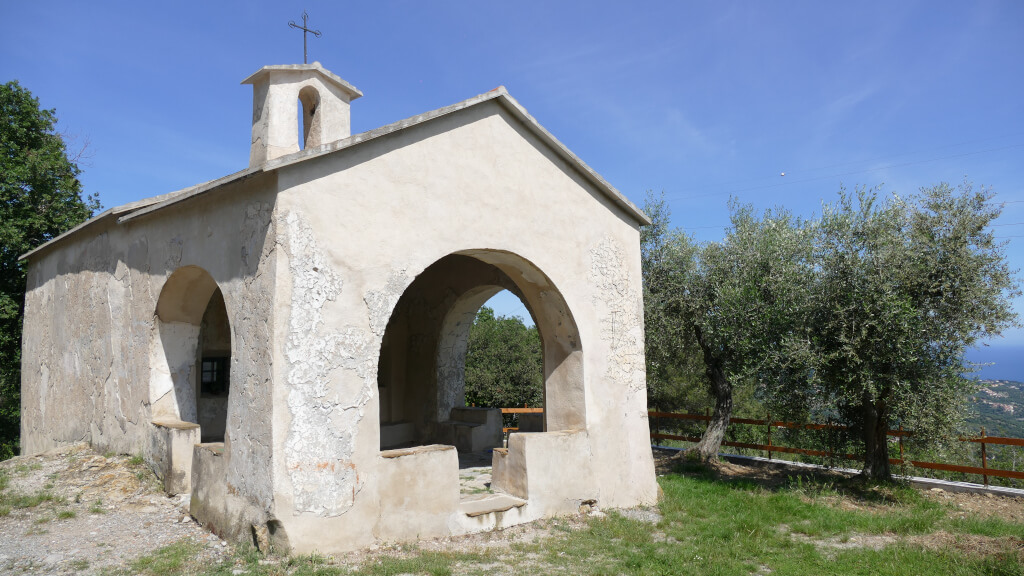 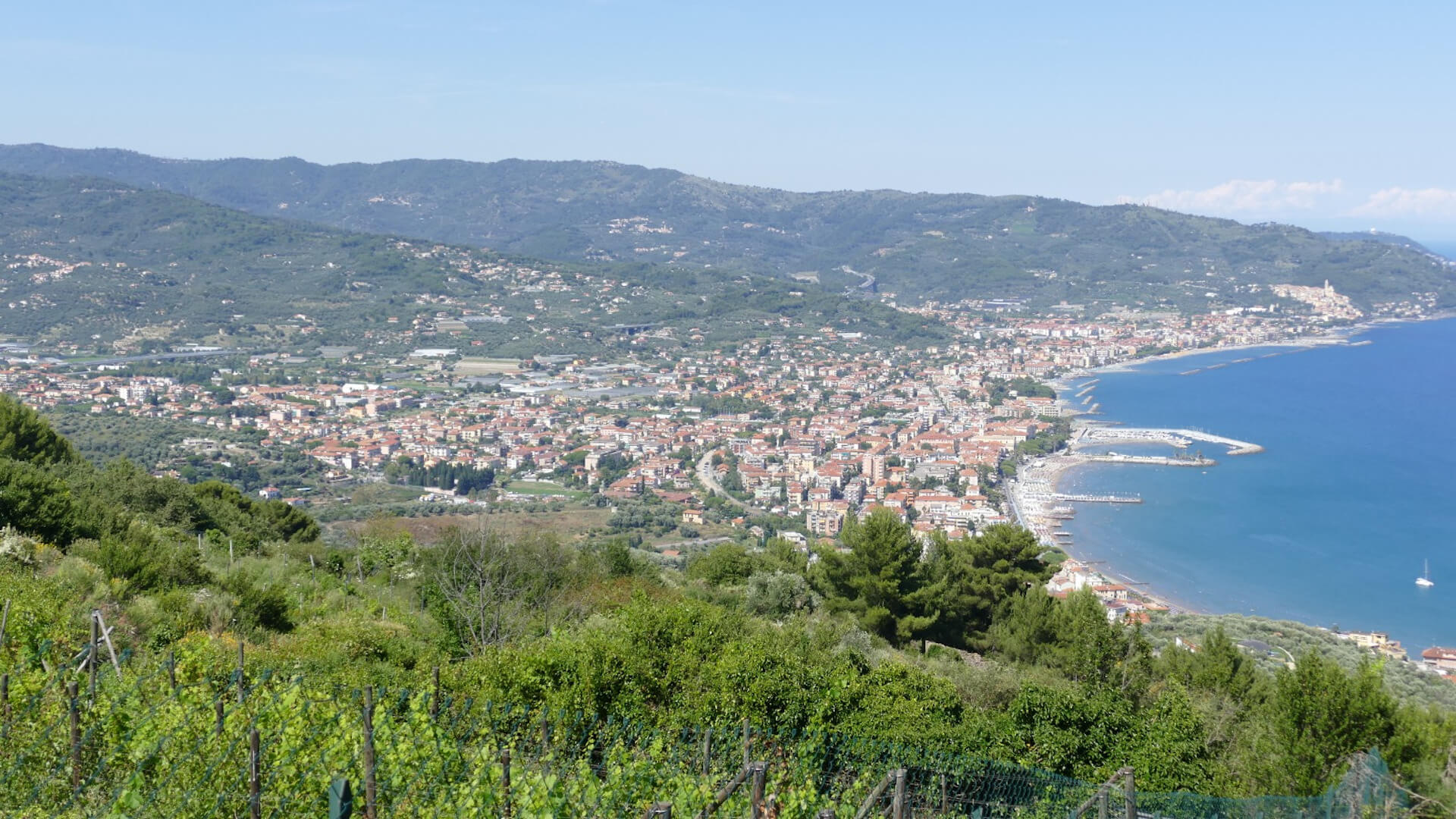 The surroundings of Diano Marina by motorbike

Even a stone's throw from home you can observe your surroundings with new eyes. Put on your helmet: ...
Discover ➔ 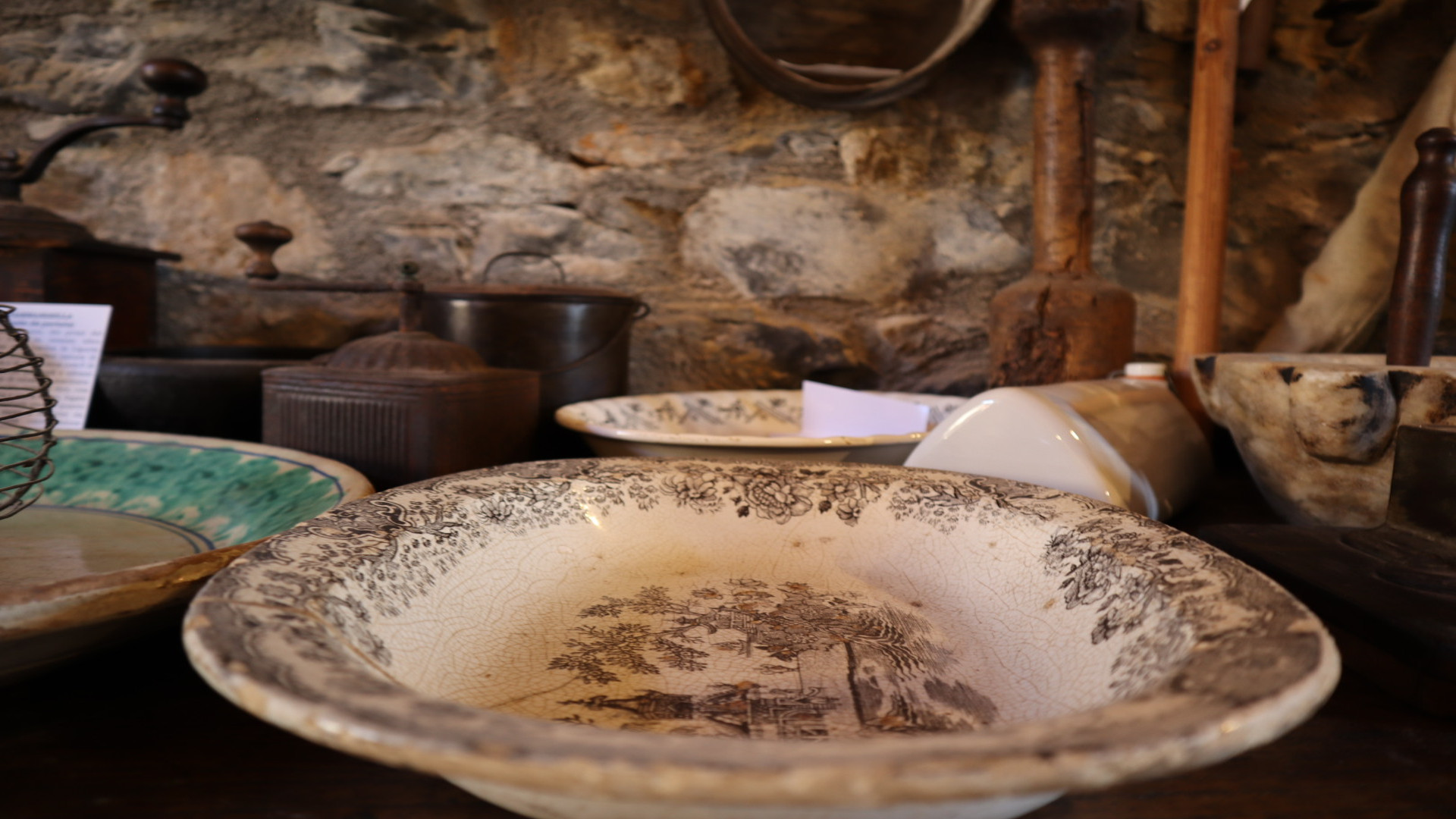 We went to visit the Ethnographic Museum of Cervo in the Clavesana Castle. Reopened on June 9, it of ...
Discover ➔ 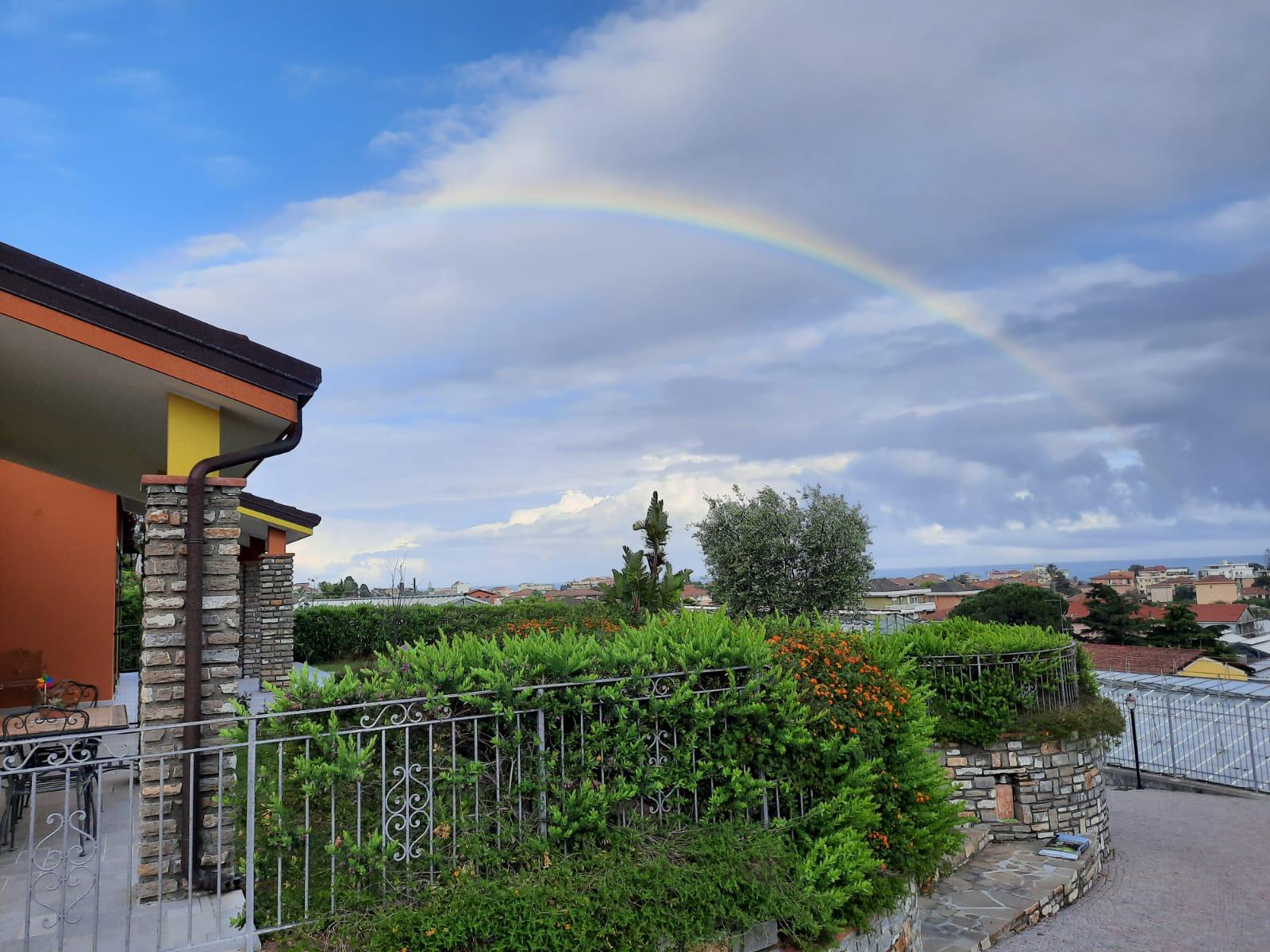 Finally we can welcome you back to our farmholidays. In this article we explain how we have organize ...
Discover ➔